RUTH'S BLOG
The chilling effect of polarisation on measured debate

This week, academics have been compared to the KKK and a trans writer attacked for being long-listed for a women's literary prize. Extreme views are stifling the conversation 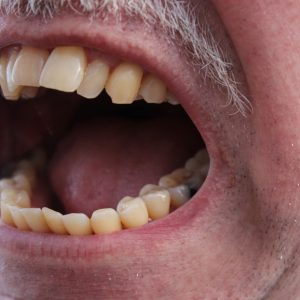 I think two of the most unfashionable words in the political sphere at the moment are nuance and context. As a former politician, I completely understand why controversial and provocative statements win out; why polar positions make more entertaining viewing; why pitting people at odds with each other is more likely to inspire ongoing debate and will boost the number of Twitter likes and comments.

In other words, I know why some politicians and journalists are seeking to polarise. It boosts their profile, ensures that someone, somewhere will consider them relevant and for some even ensures that they have a payday.

But the question for me at least, is what cost is this having to our public space? Where is the place for debate rather than argument? How can we build consensus and solidarity if all we’re doing is shouting abuse at each other?

Some of the most contentious debates currently occurring in democratic societies seem to have descended into virtual screaming matches. No one is listening to each other, no one is seeking to find a middle ground and seemingly few people are seeking to build bridges – our collective focus at the moment seems to be to tear each other down.

Of course, the reality is this has always been part of our political discourse. There is a healthy tradition of challenge in our public space. But…  my concern is it is no longer on the fringes of our national conversations, it now dominates and the damage that it is doing is untold.

In the last week, we have seen academics compared to the KKK, a trans writer attacked for being long-listed for a literary prize for women and a new narrative on intersectional veganism which attacks other vegans for not considering the role of white supremacy in their eating habits.

I am not saying that people don’t have the right to these views – of course they do. Index on Censorship exists to ensure everyone’s rights to free expression. But that doesn’t mean that our words and deeds don’t have impact or consequence.

We witnessed in America only this year where this form of populist politics can lead to, at the extreme end – the storming of the Capitol. This week we’ve riots on the streets of Northern Ireland, again. Anti-Chinese hate crime has spiked post-Covid. In Belarus, Hungary and Poland we witness daily the appalling impact of the combination of this political polarisation and authoritarian-leaning governments. Words have consequence.

Index was launched half a century ago to provide a published space for dissidents to tell their stories and to publish their works. As we matured we provided a platform for people to debate some of the most contentious issues of the day, from the Cold War to fatwa to vaccine misinformation. We’ve done this in the spirit of providing a genuine space for free expression, a home to ensure that the hardest issues are discussed in an open, frank but measured way. That there is a space for actual debate and engagement. It is this tradition that we seek to emulate – which is why our magazine features considered commentators and thinkers tackling some of the thorniest issues of the day.

We all need a little nuance and context in our lives.

7 responses to “The chilling effect of polarisation on measured debate”