NEWS
Why Russian protests against invasion of Ukraine are so vital 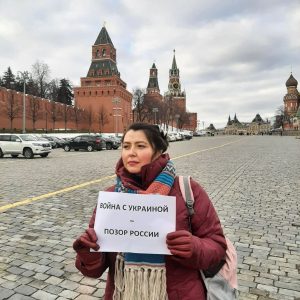 As Russia invaded Ukraine, a modest solo demonstration took place in the centre of Moscow. Sofya Rusova, co-chair of Russia’s trade union for journalists, stood holding a hand-printed sign reading “War with Ukraine is Russia’s disgrace”. The protest followed an open letter from Russian scientists and science journalists opposing the war. A coalition of independent media outlets has condemned the invasion. Photos of small groups of young protestors in Russian cities have also been appearing on social media. Activist Marina Livinovich called for a demonstration at Pushkin Square in central Moscow but was reported to have been arrested shortly afterwards. On the first evening of the invasion, protests appeared to be spreading across Russia.

These brave protesters can take inspiration from another era when Soviet tanks rolled into another sovereign nation to crush the democratic uprising known as the Prague Spring.

On 25 August 1968, the poet Natalya Gorbanevskaya joined seven others in Red Square to demonstrate against the invasion of Czechoslovakia that had taken place just days earlier. It was an extraordinary act of courage. They sat down and unfurled home-made banners with slogans that included: “We are Losing Our Friends,” “Shame on Occupiers!” and “For Your Freedom and Ours!” The slogans could just as easily apply to Putin’s Russia as Brezhnev’s Soviet Union.

Vaclav Havel, the dissident playwright and first president of the Czech Republic, later said: “For the citizens of Czechoslovakia, these people became the conscience of the Soviet Union, whose leadership without hesitation undertook a despicable military attack on a sovereign state and ally”.

The Soviet state reacted with characteristic brutality to the protestors. The activists were immediately beaten up, arrested and put on trial. Vadim Delaunay and Vladimir Dremlyuga were sent to a penal colony, Victor Fainberg was sent to a psychiatric facility. Konstantin Babitsky, Larisa Bogoraz and Pavel Litvinov were condemned to exile. Gorbanevskaya herself was initially released because she was pregnant but was later sent to a psychiatric prison.

Although these small individual protests were easily crushed by the Soviet authorities, they represented the beginnings of the dissident movement which became a direct challenge to the regime.

Index on Censorship owes its very existence to these brave dissidents. Earlier in 1968. two of the demonstrators, Pavel Litvinov and Larisa Bogoraz, had written an Appeal to World Public Opinion, alerting the international community to a show trial of a group of students accused of producing anti-Communist literature. “We appeal to everyone in whom conscience is alive and who has sufficient courage… Citizens of our country, this trial is a stain on the honour of our state and the conscience of every one of us”. The appeal attracted the support of the British poet Stephen Spender and Index was later founded as a direct response. The first edition published a number of Gorbanevskaya’s poems.

In the short term, the Russian authorities will likely be able to crush dissent just as they did in 1968. But it is impossible to completely snuff it out. As Pavel Litvinov wrote for Index on Censorship:  “Only a few people understood at the time that these individual protests were becoming part of a movement which the Soviet authorities would never be able to eradicate.”

The story of Russian dissent since the Soviet era has always been one of brave individuals standing against overwhelming authoritarian power. Sofya Rusova is the latest to honour the tradition of Natalya Gorbanevskaya and those other Red Square protestors of 1968. 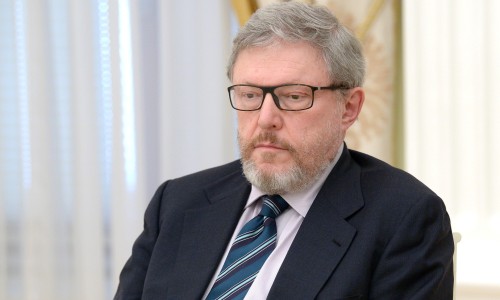