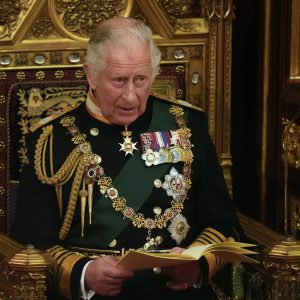 The Prince of Wales delivers the Queen’s Speech during the State Opening of Parliament 2022. Alastair Grant/PA Wire/PA Images

Unintended consequences and ideological incoherence. These phrases have dominated all discussions I have had in recent days about the British Government’s current approach to freedom of speech and expression.

There are now at least six pieces of legislation, outlined in last week’s Queen’s speech, which will be debated by the UK Parliament, which have a direct impact of our collective ability, in the UK, to exercise our rights to free expression. As individual pieces of legislation some are of value, but others are seemingly a political tool to set the scene for a battle about culture wars at the next British General Election, rather than to fix a problem in our society. That would be bad enough, but when considered in the round, rather than as individual laws, we are seeing a hotchpotch approach to free speech which is both ideologically incoherent and inconsistent as well as having numerous unintended consequences.

The best case in point is the proposed Higher Education (Freedom of Speech) Bill, which sets out to protect academic endeavour on campus, aiming to ensure that some of the most controversial and/or obscure issues are protected areas of academic enquiry. The Bill aims to give academics stronger protections in law to both study and discuss these issues. I have written previously about my concern that this is attempting to fix a problem that doesn’t exist and that most of the proposed provisions are already accessible under other legal frameworks, but as a principle how could Index on Censorship not seek to protect academic freedom both at home and abroad? But that brings to me to one of the inherent contradictions in the Government’s overall approach.

The Bill would provide legal protections to enable an academic to give a lecture on replacement theory – the idea that white populations risk becoming minorities as a result of immigration and high birth rates among migrants – something which I consider to be a racist and pernicious doctrine.

Replacement theory, while abhorrent, is not considered to be illegal speech, it could however be viewed as harmful speech. If the lecture was, however, then placed on a social media platform, under the Government’s proposals in the Online Safety Bill, it could be considered to be “legal but harmful” content and subject to deletion. So, you could give a lecture using protected speech in an auditorium, but your students wouldn’t be able to access it online, to debate and challenge it, and other academics wouldn’t be able to challenge the assertions of the controversial academic in any meaningful way online. So how does that protect free speech?

The British Government is also proposing a new Bill of Rights to enshrine UK human rights in a post-Brexit world. The Justice Secretary, Rt Hon Dominic Raab MP, has stated that: “We will still be clamping down on those who try and use either media or free speech to incite violence, to radicalise terrorists, or to threaten children. All of those safeguards will be in place. But we’ve got to be able to strengthen free speech, the liberty that guards all of our other freedoms, and stop it being whittled away surreptitiously, sometimes without us really being conscious of it. So it will have a different status in the pecking order of rights and I think that will go a long way to protecting this country’s freedom of speech and our history, which has always very strongly protected freedom of speech.”

Which of course to someone like me who cherishes our right to freedom of expression is manna from heaven – or is it?  Because at the same time as the Justice Secretary is seeking to make freedom of speech the foundational human right in the British system, the Home Secretary is reviewing the Official Secrets Act in the guise of a new National Security Bill. This time, an exemption for a public interest defence, a longstanding provision which protects journalists when they publish the accounts of whistle-blowers relating to national security, seems to have been forgotten. This completely undermines the premise of media freedom and journalism being able to hold power to account.

The British Government is also proposing new legislation to severely limit the right to protest in the UK under a new Public Order Bill and a new Data Reform Bill which will change our rights to privacy online. The Government is also consulting on new legislation to counter strategic lawsuits against public participation (SLAPPs) in order to stop the misuse of our libel system to silence the media and campaigners.

In other words, the Government is speaking a great deal about freedom of speech in the UK at the moment, but seemingly without any of the relevant departments or Government agencies talking to each other. As the inherent contradictions in their use and definition of free speech become more obvious, we will see a national picture in the UK which is even more convoluted and probably open to legal challenge.  Index is calling for a more strategic and defined approach to free speech in the UK and will be working with partners across the political spectrum to try and get to a place that protects all of our speech. 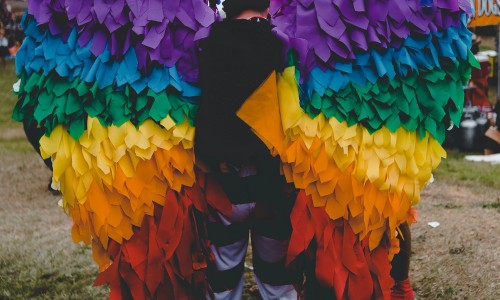 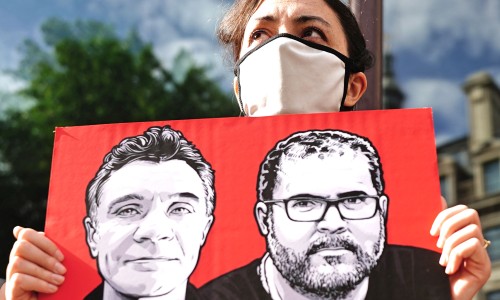