NEWS
Where poetry is labelled extremism 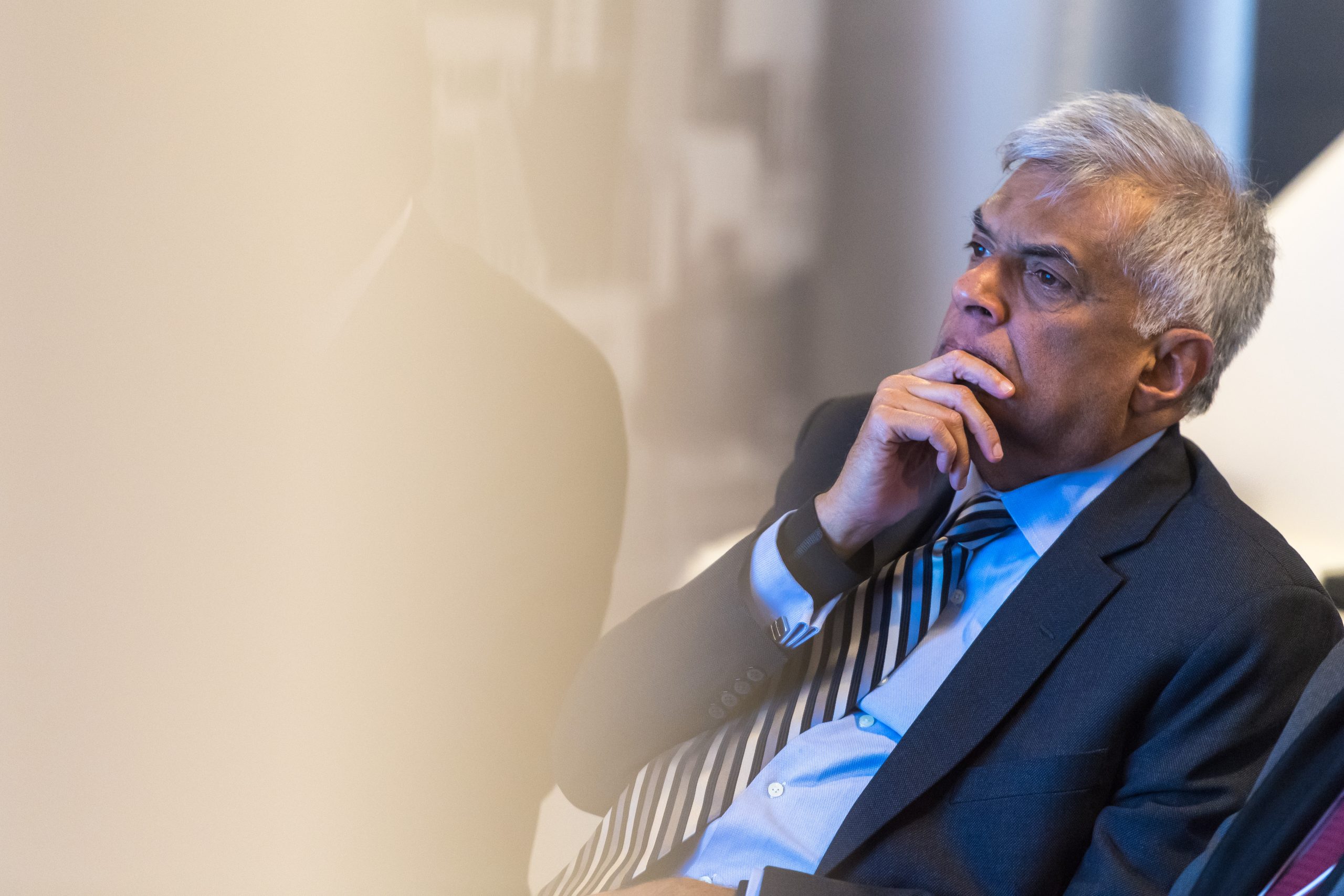 I’m writing this on the morning of 22 July while watching footage from the early hours of this morning showing military and police assaulting protesters, journalists and lawyers outside of the Presidential Secretariat at Galle Face, Colombo. Activists report on social media that protesters and journalists were severely beaten with batons, threatened with being shot. Many of the tents and structures built by the protesters over the last three months at this site were destroyed. This was Ranil Wickremesinghe’s first day in power, after being selected as the new Rajapaksa proxy president in a deeply corrupt vote held by a Rajapaksa-controlled parliament.

Of particular note in this moment is that the protesters had already announced their intention to vacate the site later today, responding to an itself repressive court order. Even by the standards of dictatorial abuse of power, the violence was tactically superfluous. Instead, it was a message to protesters and the nation at large signalling how Wickremesinghe intends to govern, beginning with the brutal, malicious repression of peaceful dissent.

This can be confusing to an outside observer. Much of the commentary about Gotabaya and Mahinda Rajapaksa (the brothers who have dominated Sri Lankan politics in recent years) focused on their family: corrupt strongmen who were to blame for the island’s many failures. If the nepotistic, violent Rajapaksas were everything that was wrong about Sri Lanka, it seems as if deposing them should have improved matters. Instead, little has changed. This is for two reasons, both deeply intertwined. The first reason is that Sri Lanka’s structure of governance is deeply warped around the over-empowered office of the executive president, generating a stream of power-addicted despots. The only purpose of that office is to abuse it. One of the calls of the current protest movement is to abolish the office entirely.

The second reason is that the Rajapaksas are far from the only nepotistic, violent political dynasty to hold executive power in Sri Lanka. There are three of note: the Rajapaksas, of course. The Bandaranaikes, whose patriarch invented the racist demagoguery that characterizes Sri Lankan politics to this day, and whose statue overlooks the protest site that was brutalized last night. And there are the Wijewardenas, now headed by Ranil Wickremesinghe, the new executive president of Sri Lanka, who holds the office created forty years ago by his own first cousin once removed, J.R. Jayawardena.

It was Jayawardena who also gave Sri Lanka the Prevention of Terrorism Act (PTA), which has been used for four decades to arbitrarily detain and torture. Its targets, as the targets of the Sinhala-Buddhist dominated Sri Lankan state have usually been in the postcolonial period, have primarily been members of the Tamil and Muslim minority populations, though it is a blunt instrument and used as carte blanche by the state. Detainees are nominally accused of “terrorism” but often held without charges for years or decades. Journalists and writers, too, have been frequent targets of this and other legal instruments the Sri Lankan state uses for repression. These are by no means the sole mechanism the state has at its disposal—many journalists and writers have been killed, disappeared, assaulted and forced into exile. But other than the state’s extrajudicial violence, cases under the PTA also demonstrate the depth of complicity from the various arms and bodies of the state in carrying out repression.

A clear example is the case of Ahnaf Jazeem, a teacher and poet. In 2019, after the Easter bombings, the government began arresting hundreds of Muslims under the PTA, often on the most tenuous “evidence,” such as the possession of texts in Arabic. Jazeem, then 25, was arrested under the PTA in May 2020, after these far-fetched “investigations” led police to search his place of work, a private school where he had been teaching and living until the pandemic lockdown. In his quarters, they found copies of his book of poems. This was his first collection, Navarasam, which had been published a few years earlier. The poems were written in Tamil, which the Sinhala police could not read and which, because of the ingrained racism of the Sri Lankan state, were therefore automatically suspicious. Too, the book included art alongside some poems, some of which depicted militants, illustrating (what the police could not read as) antiwar poems. In this context, that was considered sufficient to imprison a poet without charge or trial. Early reports in the Sinhala media did not even identify Navarasam as a poetry collection: it was referred to solely as “an extremist text.”

Jazeem was detained in squalid conditions in the TID building under the PTA, handcuffed even while sleeping, with no access to a lawyer, for months. He was accused of supporting terrorism, the Easter bombers, and ISIS through his teaching and his book. The magistrate’s court had Navarasam rush-translated by the court’s sworn translators, resulting in a highly literal word-for-word translation which was then sent to a group of child psychiatrists at a government hospital to report on whether this text could influence children toward “extremism”. The psychiatrists’ report was mealymouthed, but sufficiently affirmative for the magistrate’s purpose, citing multiple poems as promoting violence and religious hatred.

Navarasam was later translated independently by writers and academics working for Jazeem’s release together with his pro bono legal defense team—which of course took much longer, because proper literary translation of a book of poetry is not something that can be done in a few days to support a trumped-up court case. Here is an extract of one such counter-translation, by Shash Trevett, of one of Jazeem’s poems, “The Thundering Himalayas,” that the psychiatrists’ report specifically cited as promoting violence, leading to Jazeem spending 19 months in detention in total.

If you are brave, you can defeat tragedies.
If you are submissive, failure will follow you.

If, every minute of every day
you think anything is possible
you will own every obstacle in your way
and the world will spread open beneath your feet.

A river is not designed to stand still all day.
It runs towards its desire
to join as one with the sea.

Whatever will obstruct, will obstruct.
What is to occur, will occur.
Whatever lies in its path, will lie there
as the river creeps ever forward.

A rock might block its path
a dam might impede its course
but a river will always overcome obstacles
that hamper its flow.

In order to reach its goal
it will splash and spray.
It will gently dislodge the rock
and set a brand new course.

It doesn’t meet obstacles with violence.
It doesn’t drown them
or split them in two.
Instead, it rises above the rocks
and flows on its way.

If you were to be like a river
you can achieve whatever you wish for.
Even if the Himalayas were to block your way
you will be able to dismantle them with ease.

During that period, more and more writers, activists, academics and organisations spoke up offering readings on the book, both in the original and via its legitimate translations, confirming again and again that the text was explicitly anti-extremist, anti-war, anti-violence, and in fact, specifically anti-IS. Jazeem was finally released on bail in December 2021, but the case is still ongoing and he is required to travel 180 km every month to sign at the Terrorism Investigation Department, even as this grows increasingly difficult due to Sri Lanka’s fuel shortage.

Jazeem was arrested and detained under the PTA without investigators or magistrate being even able to read the book they considered damning evidence against him. The prosecution and its accomplices wallowed in this expedient illiteracy; it was his defenders that had to read poetry, produce counter-translations, argue for a just reading and make the case that truth even matters. In this case as in so many others, the Sri Lankan state’s utter indifference to reality in the service of power, manifests as hypocrisy but is so deeply ingrained in systemic conditions that it’s perhaps better described as perversion.

The Rajapaksa’s genocidal “humanitarian operation” in 2009 remains the nadir, but Ranil Wickremesinghe’s administration today is fully engaged in the same rhetorical manoeuvre, citing “civil liberties” to justify the violent assault of protestors and “political stability” to explain his reappointment of a cabal of Rajapaksa allies and Sinhala-Buddhist extremists to his new cabinet—the very government that had lost their mandate to mass protests, whose resignations prompted Wickremesinghe’s own entry into government to rescue the Rajapaksa throne as it tottered on the brink of falling. Under this Rajapaksa caretaker administration, the quick return of Gotabaya himself seems altogether too likely. 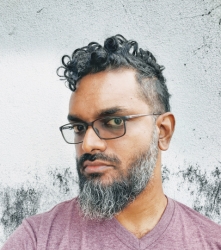