As we mark 20 months since the arrest of Salma al-Shehab, Index calls for the country’s Specialized Criminal Court to be overhauled

The decades-long sentences handed to two Saudi Arabian women for their use of Twitter in recent weeks have shocked the world. The jail terms imposed on the women represent a significant ramping up of the crackdown on online speech by the country’s rulers and have thrown further light on the activities of Saudi Arabia’s Specialized Criminal Court (SCC).

The SCC was set up in 2008, its purpose being to handle the trials of people involved in terrorist attacks in the country linked to al-Qaeda. However, following the 2011-12 protests kindled by the Arab Spring movement, it also began handling the cases of peaceful activists whose views differed from those of the country’s rulers.

In 2016, the UN Committee Against Torture expressed their concerns that the country’s 2014 Penal  Law for Crimes of Terrorism and its Financing had broadened the definition of terrorism “to enable the criminalisation of acts of peaceful expression considered as endangering ‘national unity’ or undermining ‘the reputation or position of the State’”. The legislation was revised in 2017.

Of more concern is the use of the SCC to try cases relating to Saudi’s anti-cybercrime laws which includes the offence of “the production, preparation, transmission, or storage of material impinging on public order, religious values, public morals, or privacy, through an information network or computer.”

The SCC is also routinely trying cases under the country’s cybercrime legislation and recent cases against two women for using Twitter are of particular concern.

At the end of August, the SCC convicted Nourah bint Saeed al-Qahtani on charges of “using the internet to tear the (Saudi Arabia’s) social fabric” and “violating public order” via social media” and sentenced to 45 years in prison.

Two weeks earlier, Salma al-Shehab was sentenced to 34 years in prison and a subsequent travel ban of the same length for using Twitter to support human rights defenders in her native Saudi Arabia while she was studying at the University of Leeds. A number of her tweets were posted when she was outside the country.

The length of the two sentences is particularly shocking given that the country’s terrorism laws suggest a maximum sentence of 30 years for activities such as supplying explosives or hijacking an aircraft.

These two examples are just the latest in a long line of cases involving egregious abuses of human rights. The SCC has also been accused of keeping detainees incommunicado and denying them access to lawyers before their trials and also stands accused of being complicit in the use of torture or ill treatment of detainees to obtain confessions.

During the 2011 protests, Muhammad al-Bajadi, co-founder of  the Saudi Civil and Political Rights Association, was arrested on charges of “insurrection against the ruler, instigating demonstrations, and speaking with foreign [media] channels”. On 10 April 2012, al-Bajadi was sentenced to four years’ imprisonment and a five-year ban on foreign travel. He was accused of unlawfully establishing a human rights organisation, distorting the state’s reputation in media and impugning judicial independence among other charges.

Influential Shi’a cleric Sheikh Nimr al-Nimr was arrested in July 2012 over his support for the 2011 protests and for “inciting sectarianism”. He was denied access to his lawyer in pre-trial detention and was sentenced to death in October 2014, a sentence that was carried out 15 months later. The cleric’s nephew, Ali Mohammed Baqir al-Nimr was also imprisoned and sentenced to death when he was only 17 years old for his role in the 2011 protests.  While the SCC sentenced him to death by “crucifixion”, it was commuted in February 2021 after the death penalty for some crimes committed by children was ended. In October 2021, Ali al-Nimr was released from prison.

In 2012, 17-year-old Dawood al-Marhoun was arrested for protesting discrimination against Saudi Arabia’s Shi’a minority during the 2011 protests. After nearly two years of detention in which he was regularly denied access to a lawyer and prevented from communicating with his family, al-Marhoun was convicted by the SCC of all charges and sentenced to death. In November 2020, his sentence was commuted to ten years in prison.

In 2016, journalist Alaa Brinji was handed a five-year sentence and a subsequent travel ban for “insulting the rulers of the country”, “inciting public opinion” and “violating Article 6 of the Anti-Cyber Crime Law”. The charges result from Brinji’s use of Twitter to support Saudi Arabian women’s right to drive cars and for raising the cases of other human rights defenders and prisoners of conscience.

Women’s rights activist Loujain al-Hathloul is another who has passed through the SCC system. Al-Hathloul was arrested in May 2018 and initially denied access to a lawyer and was not permitted to speak with her family. During her detention, she was tortured. Her case was transferred from the Criminal Court in Riyadh to the SCC in 2020 and she was charged with sharing information about women’s rights in Saudi Arabia with journalists and human rights activists abroad. She was sentenced to more than five years in prison but was released in February 2021 after international pressure, including from Index. On release, part of her sentence was suspended but the original sentence has since been reinstated by the SCC including a five-year travel ban.

In 2018, the Saudi authorities arrested Mohammed al-Rabiah, an activist who has peacefully opposed the Saudi male guardianship system. He was charged with “striving to destabilise the social fabric and weaken national cohesion and community cohesion” and “communicating with others with the intent of disturbing the security and stability of the nation” under both the cybercrime and terrorism legislation. In March 2021, al-Rabiah’s case was transferred to the SCC and he was sentenced to six years and six months in prison followed by a travel ban.

Other sentences handed down by the SCC include 15 years of imprisonment and a further 25 year travel ban to lawyer Waleed abu al-Khair.

The case of internet activist Dr Lina Al-Sharif is also expected to be handled by the SCC.

The Gulf Centre for Human Rights reports that in late May 2021, a group of agents of the Presidency of State Security raided the family home and arrested Dr Al-Sharif arbitrarily without a warrant. She was then detained incommunicado for two months before being transferred to Al-Ha’ir Prison in Riyadh, where she is still being held.

Prior to her arrest, Dr Al-Sharif was active on social media, discussing Saudi politics and advocating for women’s rights, freedom of belief and freedom of expression, in addition to calling for the release of all prisoners of opinion.

Despite this peaceful expression of her views, the Saudi government has informed the UN that she faces charges under the 2017 Law of Combating Crimes of Terrorism and its Financing. The precedents set in the other cases handled by the SCC suggest that Dr Al-Sharif faces similarly harsh sentencing.

Actions around the make-up of the SCC also suggest a consolidation of state control over the court. According to an Amnesty International report, in 2017, several SCC judges were arbitrarily arrested as part of a broader crackdown on civil society and the consolidation of prosecutorial powers and intelligence agencies in the hands of the King and Crown Prince. This was followed by the appointment or promotion of 110 judges of various ranks by the King. The actions of the SCC have drawn widespread criticism from around the world. Human Rights Watch called for its abolition in 2012. It said at the time, “Trying Saudi political activists as terrorists merely because they question abuses of government power demonstrates the lengths the Saudi government will go to suppress dissent.”

In December 2021, the United States Commission on International Religious Freedom said in a report, “The SCC imposes harsher sentences than other Saudi criminal courts for similar offences, routinely denies defendants access to legal counsel, and delays issuing judicial decisions. The court’s convictions are sometimes based on confessions obtained through torture.” Amnesty International’s own examination of individual cases heard by the SCC identified examples of “judges accept[ing] defendants’ pre-trial confessions as evidence of guilt without investigating how they were obtained.” This also included examples of defendants subsequently retracting confessions due to them being coerced.

Marking 20 months since the arbitrary arrest of Salma al-Shehab in Saudi Arabia, Index on Censorship CEO Ruth Smeeth said, “Courts are not weapons to be used to equate free expression with acts of terror. The weaponising of the SCC to target free online expression corrupts the judiciary against the public and ultimately turns the state against its citizens. The number of people who have been sentenced, imprisoned and even executed due to the opaque actions of this court is a shocking indictment of the modern Saudi state, the hollowing out of its judiciary and its disregard for human rights.” 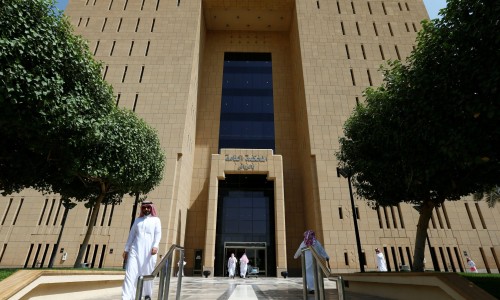 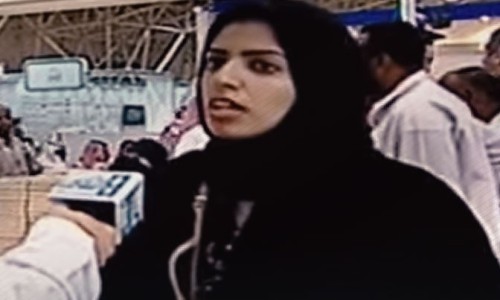 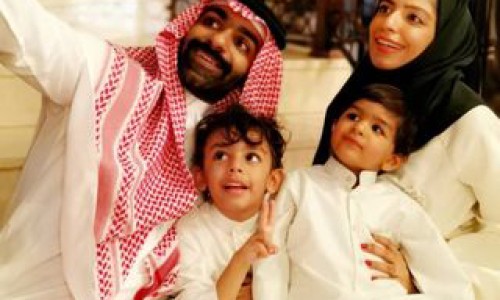