Defamation laws allowed doping to thrive in the Tour de France, says Padraig Reidy, and the people who run the sport are still using the courts to silence critics

In 1999, as the Tour de France peloton made its way torward’s the summit of Alpe d’Huez, at 1,850 metres one of the race’s most feared climbs, leader Lance Armstrong cycled alongside young French rider Christophe Bassons. Bassons had been making a name for himself by speaking out against doping in the sport, and Armstrong was not happy with him.

According to Bassons, Armstrong told him “it was a mistake to speak out the way I do and he asked why I was doing it. I told him that I’m thinking of the next generation of riders. Then he said ‘Why don’t you leave, then?'”

Armstrong never denied the incident, saying that he felt Bassons’s criticisms were bad for the sport. Ostracised by his fellow riders, Bassons quit the Tour, and gave up pro cycling shortly afterwards. The tone was set for Armstrong’s seven-win reign over the Tour, a reign we now know was characterised by systematic doping, bullying, denial and libel cases, real and threatened. 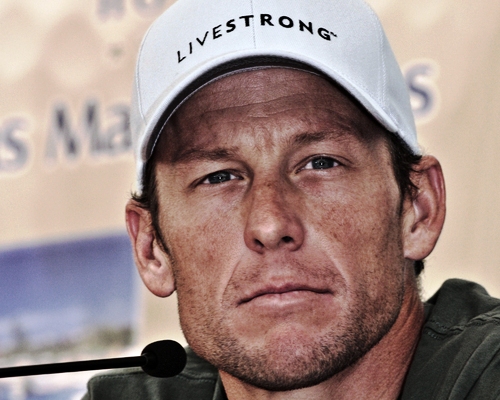 Professional cycling, and particularly the Tour, has probably never been “clean”, though current champion Bradley Wiggins and his Sky team insist that they have ushered in a new era in the sport. The demands the Tour makes on the human body make doping very difficult to resist. 1910 Tour winner Octave Lapize famously turned to tour organisers in a particularly brutal climb and shouted “Vous êtes des assassins! Oui, des assassins”. Even before and certainly since then, riders used a variety of substances to get them through the race, or just to the end of the day.

The 90s in particular were a dark time, with 1998’s Festina affair exposing some of the sport’s major teams as complicit in doping and almost bringing an end to that year’s tour as teams abandoned the race in protest. That year’s winner Marco Pantini was the subject of rumours for much of his career. He was to die alone in a hotel room in 2004.

In short, no one should ever be surprised if allegations about doping in cycling are made. And everyone involved i the sport has a duty to take these allegations seriously.

Instead, allegations against Armstrong and doping were held as an affront to the “cycling family”, and critical journalists and riders were silenced. The Sunday Times’s David Walsh, co-author of L.A. Confidentiel, an early exposé of Armstrong, was treated as a pariah. Walsh told Press Gazette how fellow tour journalists went so far as to be unwilling to travel in the same car as him. In 2006 Walsh’s employers settled a £600,000 libel case to Armstrong, who has now been disgraced by the US anti-doping agency’s report into cheating at Armstrong’s US Postal team. (the Sunday Times is reported to be looking into suing Armstrong for fraud). 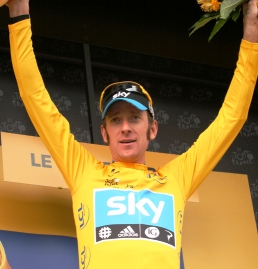 All this would seem embarrassing to recount now. And one would imagine that “the cycling family” is suitably chastened.

One would be wrong. The current head of the Union Cycliste Internationale, Pat McQuaid, and his predecessor Hein Verbruggen have not just shirked any responsibility for the Armstrong era, they have decided to sue journalist and former rider Paul Kimmage, a longstanding critic of doping, for libel. McQuaid recently told Scottish rider David Millar, who himself was banned for doping, that there was no reason for the UCI to feel guilty: “How could we be apologetic? The UCI is not responsible for the culture of doping.”

The peloton of Bradley Wiggins and Mark Cavendish is, we are told, and we hope, a very different place to the peloton of Lance Armstrong and the US Postal doping machine. But the UCI has chosen to continue with the same culture that led to this point in the first place. It’s time to stop shooting the messengers.