NEWS
Belarus: Pulling the plug
04 Mar 2013
BY INDEX ON CENSORSHIP 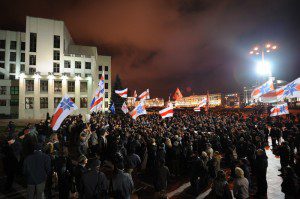 Europe’s last dictatorship plans even tighter controls over citizens’ access to the digital world, Index shows in a new report

Belarus has one of the most hostile media environments in the world and one of the worst records on freedom of expression. New digital technologies, in particular the internet, have provided new opportunities for freedom of expression but have also given the authoritarian regime new tools to silence free voices and track down dissent. As the internet has become an increasingly important source of information, the Belarus authorities have used a variety of different means to control it. Keeping a tight rein on information remains at the core of their policy of self-preservation.

This report explores the main challenges to digital free speech in Belarus, concentrating in particular on the ways the state authorities restrict freedom of expression online.

Firstly, it is done by applying a repressive legal framework, including draconian laws such as criminal libel, legal prosecution and the misapplication of the administrative code. Secondly, free speech is restricted by the use of new techniques, such as online surveillance, website blocking and filtering, and cyber-attacks against independent websites and content manipulation.

Our research indicates that the authorities now plan even tighter controls over citizens’ access to the digital world.

New legislation gives the authorities wide powers to censor online content, in particular on the catch-all grounds of “distribution of illegal information”, and to implement mass surveillance of citizens’ activities online. The government is spending heavily on the development of software that will allow the tracking of nearly all the activities of every internet user in the country. Western firms have been instrumental in providing equipment that has facilitated state surveillance. Since the growth in use of social networks, there have been several waves of arrests of moderators of popular online opposition groups and communities. Journalists and activists who express their opinions online have found themselves subject to criminal prosecutions for libel. Denial of service attacks have been used frequently against independent online media and opposition websites, especially on the occasion of elections and other major political events. 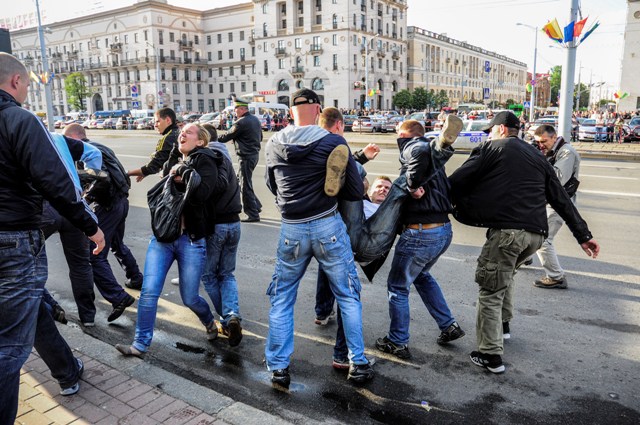 Protesters at the Revolution through Social Networks demonstration in Minsk, summer 2011. Photo by Siarhei Balai.

Index on Censorship calls on the government of Belarus to stop all disproportionate and unnecessary legal and extrajudicial practices, online and offline, that compromise freedom of expression. We call for immediate reforms to be launched to ensure free speech, as outlined in the conclusions and recommendations chapter of the report.

The European Union (EU), its member states and other European bodies, such as the Council of Europe and the Organisation for Security and Cooperation in Europe (OSCE), should further push the Belarus government to respect human rights in general and freedom of expression in particular and call for immediate reforms to facilitate the development of Belarus as a democratic state.

You can read the report in full in English here.

6 responses to “Belarus: Pulling the plug”