Brazil’s Federal Police seized a journalist’s equipment – including his computer – during an operation to remove indians from a farm in the state of Mato Grosso do Sul. The seizure was decried as illegal by the reporter’s employer, one of the country’s most prominent aid agencies aimed at indigenous peoples, Rafael Spuldar reports. 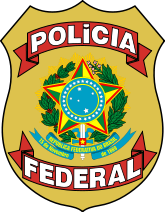 Ruy Sposati, who works for the Indigenist Missionary Consel (Conselho Indigenista Missionário, CIMI), was covering a land repossession operation carried out by the Federal Police in the city of Sidrolândia on Saturday May 18th.

During the operation, Federal Police official Alcídio de Souza Araújo ordered the seizure of the reporter’s equipment — a laptop computer, an audio recorder and camera lenses.

The confiscation took place without a warrant or any explanation, an act regarded as illegal by the journalist’s employer. When told that Sposati worked for CIMI, Araújo said he had never heard of the organization. A video recording of the action was posted on YouTube.

CIMI is affiliated to the National Conference of Bishops of Brazil. It monitors and aids the country’s many indigenous peoples.

CIMI filed complaints against Araújo with the Ministry of Justice, the Federal Public Ministry  and the Federal Police’s Magistracy. According to CIMI’s attorney Adelar Cupsinski, this is a case of misuse of authority.

A public statement by CIMI denounced the “militarization” surrounding events related to the indigenous peoples’ struggle for rights in Brazil.

“The institutionalization of this practice is a brutal attempt against a journalist’s professional duty, the social organizations’ freedom and, even more, the democratic and law-ruled relations in our society”, says the statement.

Federal Police says an inquiry about the case is already open. Araújo is expected to present a report justifying his acts.