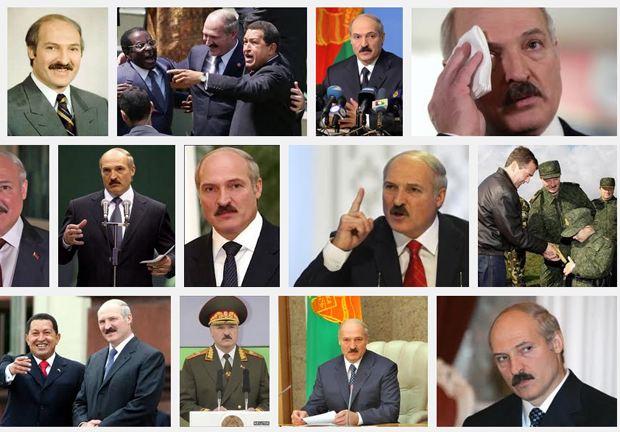 The status quo between the European Union and Belarus remains in place. The EU Council prolonged its present sanctions against Belarusian officials last week.

On 29 October 2013 the Foreign Affairs Council of the European Union extended its restrictive measures against Belarus for one more year.

“This is because not all political prisoners have been released, no released prisoner has been rehabilitated, and the respect for human rights, the rule of law and democratic principles has not improved in Belarus,” the press service of the EU Council reported.

The EU reiterated its policy of “critical engagement” with the Belarusian government. At the same time, it updated the list of persons and companies, subjected to the EU sanctions. Thirteen people and five enterprises — all belonging to a Belarusian businessman Vladimir Peftiev — were excluded from the list.

Two more officials were added to the ban list in return: Aliaksandr Kakunin and Yury Trutko, who are the chief officers of Babruysk Correctional Institution No. 2, a prison where Ales Bialiatski, a famous Belarusian human rights defender, is serving a 4.5 year term.

At the moment the EU ban list contains the names of 232 Belarusian officials, including President Alexander Lukashenko, who were involved in human rights violations. They are banned from travelling in the EU; all their possible assets in the European Union must be frozen. The EU ban list also includes 25 companies owned by Yury Chizh and Anatoly Ternavsky, who are sometimes called “the bagmen of the regime.”

The decision of the EU to exclude from the “black list” 13 people, who no longer occupy their positions within the authorities of the country, was criticised by some representatives of Belarusian civil society.

“The reason they were included in the list was their participation to certain extent in human rights violations. For instance, there are several judges who passed politically motivated sentences to civil activists, involved in peaceful protests against the election fraud on 19 December 2010. Despite the fact they left their jobs, none of them has publically announced he or she regrets what they did and they are sorry. The reason why those 13 people were on the list is still there,” Uladzimir Labkovich, an activist of the Human Rights Centre Viasna, told Naviny.by.

Andrei Yahorau, the director of the Centre for European Transformation, thinks there is nothing new in principle in the EU Council decision.

“The reasons for the restrictive measures are still there, so it is natural the EU went on with them. But the changes in the ‘black list’ are purely technical. The issue with the list is not the changes themselves, but the closed way of compiling the list and making these changes. As there are no clearly defined criteria for inclusion to or exclusion from the ban list, such decisions give way to questions and unnecessary speculations,” Andrei Yahorau told Index.

The authorities of Belarus expressed a restrained approval to the EU decision. The Foreign Ministry welcomed shortening of the ban list, but stated the overall approach is still “anti-productive” and insists all sanction must be lifted. There is no change in attitudes towards the issues of human rights of the Belarusian government. For instance, on the day of the EU decision several journalists were detained in Minsk. The official delegation of Belarus confirmed once again at the session of the UN General Assembly in New York this week the authorities of the country do not recognise the mandate of the UN Special Rapporteur on the situation of human rights in Belarus, Miklós Haraszti, and are not going to cooperate with him.

The situation seems to be kept dead-locked, and Andrei Yahorau suggests Belarusian civil society “cannot blame the EU for the fact the situation in Belarus is not changing.” Despite the fact the European Union still lacks a clear and effective strategy towards the country, Yahorau believes “if no changes happen inside of Belarus itself, we should not expect anything from Europe.”