NEWS
India: Right to information and privacy 'two sides of the same coin' 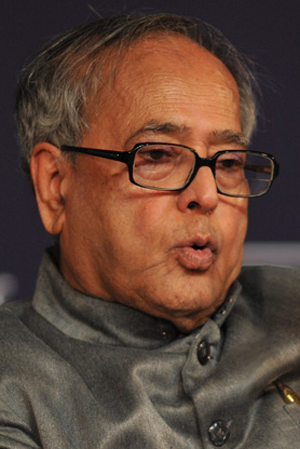 In September 2013, India’s President Pranab Mukherjee spoke about the inviolable right to privacy that citizens of India must enjoy, at the annual event of the Central Information Commission (CIC), a body constituted by India’s Right to Information Act, 2005.

Both the Act and the CIC have empowered ordinary citizens to submit applications requesting information from government bodies, injecting a new phase of transparency in an infamously opaque bureaucracy. In fact, the RTI Act has been born of, and has encouraged, large RTI ‘movements’, that have exposed layers of corruption in numerous schemes across various government departments.

For citizens, the fact that a government official has to release information regarding budgets, forms, decisions and other facets of public governance has led to the belief that unchecked corruption might finally simmer down, and that they are not longer helpless against the system.

However, as the RTI movement has matured over the last decade, serious questions of privacy protection have also started making their way into public discourse. The Act itself excludes a number of security and police agencies from having to divulge any information, and private companies and NGOs do not fall under the Act.

However, political parties that do fall under the act are furiously trying to legislate their way out from under the scanner. In fact, this move, supported by the ruling government that helped bring in the RTI has attracted a lot of criticism and well earned scepticism from the public. In a report on the matter, one of India’s biggest English news channels, NDTV, wrote, “The government decided to amend the law after political parties opposed the Central Information Commission’s order in June that six political parties including the Congress and the BJP will be under the RTI as they were substantially funded by public money. This would mean political parties would have to disclose campaign funding or how members voted during a secret ballot.” Indicative of the mistrust between government and the public, the report was called ‘Divided on everything else, political parties unite against RTI Act.’

Therefore, when the conversation turns to a conflict between the right to information and privacy, in India, it can often become muddled. It can seem that wrongdoers might attempt to hide behind the excuse of ‘privacy’. However, there is no escaping that protecting individual privacy is a genuine concern.

Many countries across the world that have enacted national RTI Acts also have privacy laws that carefully spell out the limits to which information about individuals can be disclosed. In general, information about personal life, sometimes including medical information, is exempt from RTI. Should names be revealed from all official documents, are all court proceedings public? And finally, do some people necessarily lose some privacy because of a ‘public interest’ test?

The World Bank Institute released a paper that describes RTI and privacy as “two sides of the same coin, essential human rights in modern information society.” It also goes on to add that, “privacy laws can be used to obtain information in the absence of RTI laws and RTI can be used to enhance privacy by revealing abuses,” and that both have been designed for accountability.

India does not have a privacy law in place right now, although what should be in the law has attracted considerable debate. Therefore, the contours of privacy in the RTI gambit have resulted from various decisions and court orders given over the years. For example, in 2011, the then chief information commissioner of the CIC informed India’s Reserve Bank of India that it had to reveal information, even if it meant public confidence in the institution might be adversely affected. And, as recently as early September 2012, the Mumbai High Court ruled that “disclosure of personal information in respect of service record, income tax returns and assets of an individual is illegal unless it is necessary in larger public interest.” This judgement protected the individual against any disclosure that had nothing to do with public interest, but instead caused unwarranted invasion of privacy.

There have also been reports that some RTI applications are filed only to be a nuisance, with cases of RTI being used to blackmail public officials, with the threat of burying them under paperwork. In April 2013, one applicant was fined for filing over 100 applications.

Moving ahead, President Mukherjee’s speech indicated that public authorities should be proactive and voluntarily put information in the public domain for the use of citizens, effectively inculcating a culture of transparency from the beginning.

However, until that happens, one can assume that the citizen will most certainly have to rely on the RTI for full disclosure about its government’s activity, and the government will have to be wary of those using RTI applications for ulterior purposes. Most importantly, the individual right to privacy should not be lost in this paper war, between the two sides of the same coin.

This article was originally posted on 25 Sept 2013 at indexoncensorship.org

One response to “India: Right to information and privacy ‘two sides of the same coin’”