NEWS
Brazil's Luiz Ruffato: "We must defend freedom under any circumstance" 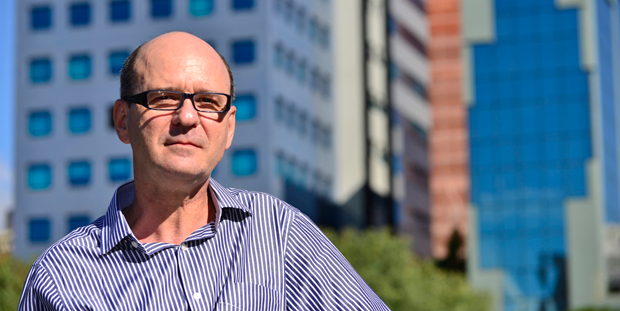 Index: By defending the idea of controlling of literary works, such as biographies, wouldn’t some Brazilian artists be executing the role of a censor?

Ruffato: This is a paradoxical subject, because these artists live from the public image they built. People do not buy only a song or a film, people also buy the exposition of this artist. And the moment he becomes a public figure he is no longer a private figure. If this person is no longer a private figure, it is possible that he may have his own life scrutinised. I do not see any problem with that. I think anyone can manage their own life the way they feel like. Whoever wants to write a biography about me can keep calm. They will find absolutely nothing that may dishonour my image. But if they did find something, it would be okay, because I am exposing myself, I am living off that, I am somehow using my public image to make money. Therefore I think that when you move into this public world, you must be aware of that.

I believe it is everyone’s right to know who the people that make the history of their country are, and the artists also make the history of a country — with or without a political standpoint, he is contributing or not contributing to thinking about the country. Therefore I believe it is perfectly reasonable that you know who this person is. That is why I am a little bit shocked, because we must defend freedom under any circumstance; and it is not relative freedom, freedom for me is a universal concept.The freedom we have here appears more like a relative freedom.

We are living a very strange period in Brazil, a moment when the issue of intolerance is really present. This is very curious because we had a military dictatorship, we have a political history of intolerance. And it shocks me that in the exact moment when we are exercising the biggest continued period of democracy, we are at the same time living a moment of absolute intolerance. It is not just a matter of biographies. Politically, any criticism of your actions immediately positions you within a certain ideological bias. It is a binary judgment; it is yes or no. Moreover, life is not yes or no, life is often made up of maybes, and that is why I am shocked because this positioning of intolerance does not take us to a good place.

Index: Where do you notice this type of intolerance?

Ruffato: This intolerance occurs at all levels. For example, in the virtual world. It is the place of intolerant practices, because there people exercise their prejudices and their authoritarian world views, I am shocked, it is absurd.

This positioning against the biographies I think is a bias of intolerance, an authoritarian bias. It is as if you are being placed in specific niches all the time, and I refuse to do that. I try to exercise the freedom that fits me by never having truths — not imposing truths. I defend relative truths. As well as believing that freedom is absolute, I believe truth must be relative. There is only absolute freedom where truths are relative. Where there is absolute truth there is no freedom.

In Brazil, we have a very childish thing, something that children also have , that is of closing our eyes and pretending things have disappeared. I think we have this in our society, you know? It is as if we closed our eyes and that problem did not exist anymore. We have never stopped to discuss our political history, which is a history of dictatorships. For example, the end of the Brazilian dictatorship did not happen because there was a revolution: it was an agreement between the politicians and the military that included a wide amnesty, general and unrestricted. In other words, nobody killed nobody, nobody did anything to anyone, let us play forward. Obviously, this deeply marks our society. We are an extremely authoritarian and intolerant society.

Index: If the biographies’s law is approved in the senate, we will have, really, more freedom to publish books about people?

Ruffato: This is another problem. I think that where there is an excess of laws, they are meant to be circumvented. The less laws there are, the better, because then you know where you are going. Brazil is a country of lawyers, so you must make many laws so they contradict each other and have loopholes. Particularly, I assume that the biographer is a decent person, that he is an intellectually honest person. Therefore, when an author writes a biography, he will face the biographee as a fallible and susceptible to making wrong decisions human being. The author should have a very well grounded and contextualized story he is telling. If the author is not an honest, decent person, and if the biographee’s family feel somehow offended by the work, then I think it is absolutely correct that they bring an appeal or a lawsuit to force the author to confirm, correct or retract what was written. This is within the norm. We have to protect the biographee, this is indisputable. I think we have to have a legislation that protects the biographee, but that protects him from libel, slander and infamy, not from writing things that were factual and occurred. Because otherwise we will fall into a very curious situation. For example, an author who wants to tell the life story of a president would have to have the subject or his family authorise the biography: what kind of history will we tell? It is a government biography.

So, how will we tell the history of Brazil? A history where the ills of Brazil cannot be told? A history, for example, where there is no extermination of indigenous. So we run a very serious risk of failing to tell a more decent history, with its contradictions, because history is also not a truth, but it is a narrative, and biographies also help to compose these narratives. I think this is very dangerous.

Our laws are made ​​to be circumvented and are not clear. I think that this [biographies’ law] should not be an issue. They exist, people live, and some people have importance beyond a moment. So, I think that that should not even be a matter of discussion. But as it is, I do not keep calm, things can end up taking an unexpected turn into intolerance. There will always be gaps because the laws are not clear. And it’s a huge pretension for someone to want to take care of their image as if it was something personal, of their own. It is so stupid! You may describe your father, and each sibling will tell the story a different way, no one will even have the same father or mother. It is a silly idea to think that someone can have an authorised biography because that biography tells “the truth”. I am very afraid of societies that have truths. I do not trust them, because a society that has absolute truths must be very sick, there is something very wrong with it.

Index: Have you ever faced any kind of censorship in Brazil?

Ruffato: The book Eles Eram Muitos Cavalos (2001) was adopted in a university of Minas Gerais admission test and later on was “unadopted”. Because the admissions test was of a religious institution, they claimed that there was too much bad language in the book. Yes, the book has some profanity, but they are in a context. There is no curse word just for the sake of being a curse word. It was the only episode about it. And if there was some problem of constraint in a work of mine, I would keep writing anyway. I write for my readers, not to please anyone.

Index:  If you could write a biography today, within this context of censorship? Who would?

Ruffato: I would like to do a biography, yes, but of a person who probably will not cause any problems, someone who has been very biographed, which is Machado de Assis. Just to change the focus, there are already many biographies of him. My theory is that he would not have written what he wrote had he not been who he was. He was a person who had a look from the bottom up. It was this gaze that I think determines the type of literature that he wrote. But I’m very interested in writing a fake biography. When you tell someone else’s story, you are telling your own story, as psychoanalysis says. I want to radicalize it, though, creating a character whose biography I would write. It is not a novel. It is a fake biography, in which I would tell the story of the character with many witnesses, with hundreds of interviews, many documents read, but it was all fake. Maybe I get to be sued: it would be an authorized biography “unauthorized”.

This article was published on July 17, 2014 at indexoncensorship.org

One response to “Brazil’s Luiz Ruffato: “We must defend freedom under any circumstance””