With the World Cup in the rear view mirror, our contributor explores Brazil's battle over censorship of unauthorised biographies and the last-minute amendment that could cause more trouble. 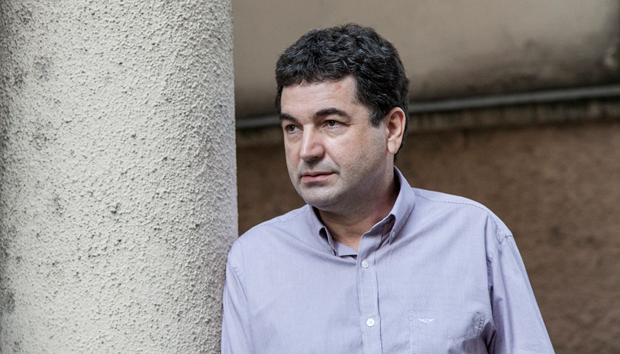 Writing books and making movies about public figures without the need for prior authorisation is close to becoming a reality in Brazil. Until now, Article 20 of the Brazilian Civil Code (Law 10.406/2002) stated that: “The dissemination of writings, the transmission of the word, or the publication, display or use of the image of a person may be forbidden if it affects the honour, the good reputation or respectability, or if it is intended for commercial purposes”. Writing biographies in Brazil today is only possible with permission from the subject or their relatives. Fail to secure this, and the book in question could be banned; the same goes for documentaries, plays and films.

Last April, an important step was taken to end the censorship of unauthorised biographies and use of images of public figures. The Chamber of Deputies, the lower house of the Brazilian Congress, passed bill 393/2011. The so called “biographies’ law” allows the disclosure of biographical information of a person in the public eye without prior authorisation. The law changes the wording of Article 20, guaranteeing access to biographical information about individuals whose actions are of interest to the public.

According to the bill’s author, representative Newton Lima Neto of the Worker’s Party, the original article hurt the Brazilian constitution by establishing a system of prior censorship. “It talks about the need to remove the legal remnants of censorship and avoid the curtailment to the right to information, after years of dictatorship,” he says of the proposed new legislation.

The bill’s path to congress has not been smooth. In 2013, the issue reached the Supreme Federal Court (STF), the highest level of the Brazilian justice system. Minister Cármen Lúcia held a hearing to discuss the Direct Proceeding of Unconstitutionality 4815, a 2012 legal challenge brought by the National Association of Books Publishers (ANEL). This questioned Articles 20 and 21 of the civil code, claiming they were “incompatible with the freedom of expression and information”. It asked the Supreme Court to interpret the publication of biographies in accordance with the constitution, which ensures the right to freedom of expression and thought. Following the hearing the issue was to be assessed in congress, paving the way for the biographies’ law.

The Order of Lawyers of Brazil (OAB), the Brazilian Historical and Geographical Institute (IHGB), the Brazilian Academy of Letters (ABL) and Article 19 Brazil all support eliminating censorship of unauthorised biographies. A manifesto, signed by some of the biggest names in Brazilian literature, was launched in 2014 during the 16th Biennial Book Fair in Rio de Janeiro.

However, there are artists who do not support the adoption of the biographies’ law — as is the case with Grupo Procure Saber, which consists of internationally famous singers such as Caetano Veloso, Chico Buarque, Gilberto Gil, Milton Nascimento and Roberto Carlos (known as O Reior The King). The latter has left the group, but was involved in a noisy lawsuit against the author of an unauthorised biography of him, which Carlos argued this was to preserve his privacy.

The ban on biographies seems to be directly linked to the commercial issue of copyright. Referring to a proposal from Procure Saber for the subjects of biographies to get a share of the profits from book sales, Newton Lima told UOL News the group were “mixing the theme of freedom of expression, right to information, freedom of artistic creation, with the subject of copyrights”.

In 2006, Roberto Carlos sued journalist and historian Paulo César de Araújo, author of Roberto Carlos em Detalhes. There was a plea deal, but Carlos demanded that 11,000 copies were retracted from stores and for Araújo to be arrested. “He treated me like a criminal just because I did my job,” Araújo told the newspaper A Tarde. Speaking to Globonews Network, the writer revealed that Roberto Carlos’ first intention was to burn the books. “Today, he gave up, but the books are saved by security guards in his house,” he said. In another recent interview with TV Brasil, Araújo commented that Roberto Carlos sees his life story as private heritage. “Just as he has a car, he has his history'”, and he believes that writing about this history is like invading his property. With the agreement, the request for an indemnity and the accusation of wrongdoing against Carlos’ honour were withdrawn, and the case closed.

On 15 May this year, Carlos filed a petition to the Supreme Court to take part in the process of discussing publication of unauthorised biographies. The musician created the Instituto Amigo, to participate in the case as an amicus curiae. He went to court against the aforementioned challenge brought by ANEL. He stated, through his institute, that the changes in the biographies’ law “would hinder the right to repair damage to the honour and image” of subjects, and advocated “the prevalence to the right of privacy above the freedom of information”.

“It is an absurd moment in Brazil, where the constitution guarantees freedom, but we need to be careful,” Araújo said in an interview with Gaúcha Radio. “He [Carlos] did not read the book. He should read the book, because his history was built by thousands of Brazilians. If he had read, he would never sue me. But his lawyers wanted to earn money with the action.” Carlos’ defence team is led by Brazil’s most famous lawyer, Antônio Carlos de Almeida Castro — “Kakay” — who also defended culprits in the Mensalão corruption scandal, and is very sought after by politicians.

Araújo has written another book about Roberto Carlos/ O Réu e o Rei (The Accused and the King) talks about the lawsuit and has new information on the singer. It is in fact an unauthorised biography of the unauthorised biography. The book was launched on 22 May, but without an advertising campaign — “to avoid retaliations,” according to Araújo. “We await now that the senate can continue the progress of the biographies’ law,” the author wrote in his blog. The musician, meanwhile, has assured the press he will not sue Araújo again.

But biographical books are not the only censored material in Brazil. Di Glauber, a film about the life of Brazilian artist Di Cavalcanti has been banned for 34 year for violating Article 20. The film was awarded the Special Jury Prize at the 1979 Cannes Film Festival, and is considered one of the masterpieces of Brazilian and world cinema. The family of the painter had the biopic barred in Brazil. Family members have also put a stop to already written biographies about football players Garrincha and Pelé and singer Vinicius de Moraes, among others.

Lawsuits, copyrights, privacy, intimacy, what is really at stake? For journalist Daniel Feix, whose biography about the gaucho actor and singer Teixeirinha was banned, this is a matter of knowing how to live with freedom of expression and the free flow of information: “We still need to evolve in the way how we deal with the freedom of expression. We need to live better with the contradictory and take more responsibility in publishing information. The fact that we are a country that had our freedom cut for a long period in our history is charging a high price. We need to evolve the way we deal with freedom in every way.”

According to Feix, Brazil is a conservative and prejudiced country, but the approval of the biographies’ law is “an important step to bring the country to a higher stage in how people deal with freedom”.

“We are living in a very strange period in Brazil, where the absolute intolerance is increasingly present,” says award-winning writer Luiz Ruffato in an interview with Index. “It’s not just a matter of biographies,” he says. “I think that talking about biographies should not even be a topic of discussion in a free country.”

Another common theme among Brazilian writers is the confusion that exists between public and private. Journalist Eduardo Bueno “Peninha” is emphatic: “It is obvious, evident, screaming that biographies of public figures should be as public as the subjects are. Freedom for the biographies now!”

Peninha, author of an authorised biography, as well as a collection of books on the history of Brazil that has sold over 1 million copies, says there is no more privacy today: “After the revelations of Edward Snowden, and electronic espionage of the United States over the whole world, including the president of Brazil, where did privacy go to? It’s gone to the dogs now!”

The National Union of Books Publishers (SNEL) said it is pleased with the pressure on congress to approve the biographies’ law. The union’s President Sônia Machado Jardim, said that “the need for prior authorisation to publish biographies was a remnant of the dictatorship, unjustifiable in a democratic regime”. According to her, the law will protect the right to privacy, intimacy and honour, while ensuring access to information about notable figures in the history of Brazil and its culture, as envisaged in the constitution. “As the person becomes public, their history is intertwined with the country’s history; but when there are any restrictions on the publication of the stories of these personalities, the preservation of the history is lost. The matter is much bigger [than biographies]. It is to ensure knowledge of the history of Brazil for future generations,” she emphasises.

If approved by the senate, the biographies’ law or PLC42/2014, will go to President Dilma Rousseff for approval and enter into force on the date of its publication in the Diário Oficial da União. But there is an insidious comma in this story.

A last-minute amendment was added to the law when approved by the Chamber of Deputies. Representative Ronaldo Caiado (Democrats/DEM), added a third paragraph to Article 20, establishing that “the person who feels affected in their honour, good reputation or respectability” may request the section offensive to him or her to be excluded in future reproductions of the work.

The amendment does not prohibit works, sanction the arrest of writers or the seizure of books, as happened in the Roberto Carlos case. But rather than a prior censorship, this paragraph might allow public figures to censor excerpts in future editions of previously published works. “This might make the censorship more visible than ever”, wrote columnist Julio Maria to the newspaper O Estado de S. Paulo. “The previous censorship that exists today will turn into a posthumous censorship if the senate does not scrutinise the issue and get it out of this twilight zone.”

“We need to find a balance”, explained Caiado, in a public hearing in the Supreme Court in 2013, arguing that his amendment refers only to the exclusion of libellous, defamatory and untrue excerpts. In 2005, this same representative sued writer and journalist Fernando Morais over a sentence uttered by a source in his book A Toca dos Leões. The writer was ordered to pay £380,000 in compensation for moral damages.

The amendment was added discreetly, but could have a significant impact on the state of free expression in Brazil. As a Croatian media lawyer, quoted in the European Mapping Media Freedom project, points out, “these kinds of laws exist across the world, especially under the guise of protecting against insult. The problem, however, is that often such laws exist for the benefit of politicians and powerful. And when they are even more general, they can be very easily manipulated by those in positions of power to shut down and punish criticism”.

It will now be up to the senate to untie the impasse of the biographies’ law, before a form of censorship is legalised in Brazil just as another is eradicated.

More coverage of Brazil from Index

This article was posted on July 16, 2014 at indexoncensorship.org