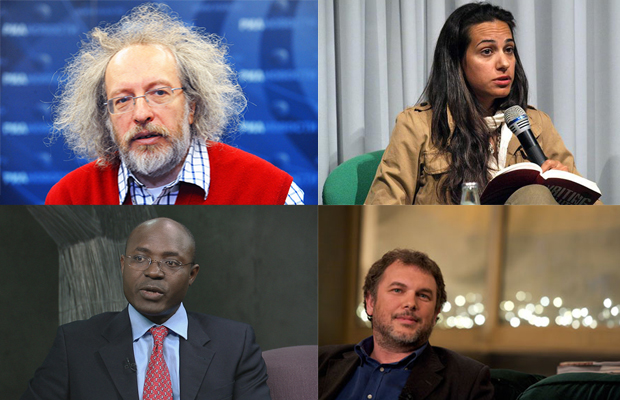 This week we will be showcasing our shortlisted nominees from the journalism category. This year’s nominees include Lirio Abbate, an Italian journalist whose investigations into the mafia mean he requires round-the-clock police protection; Safa Al Ahmad, whose documentary exposed details of an unreported mass uprising in Saudi Arabia; radio station Echo of Moscow, one of Russia’s last remaining independent media outlets; and Rafael Marques de Morais, an Angolan reporter repeatedly prosecuted for his work exposing government and industry corruption.

In 2003, internationally recognised journalist Fergal Keane was the first to win an award under the journalism category, however, the previous year Russian journalist Anna Politkovskaya, who was killed in 2006, won the Defence of Free Expression award. In 2001 the same award was given to Iranian journalist, Mashallah Shamsolvaezin.