STATEMENT
Pre-vetting broadcast content? That's what dictatorships do, not democracies 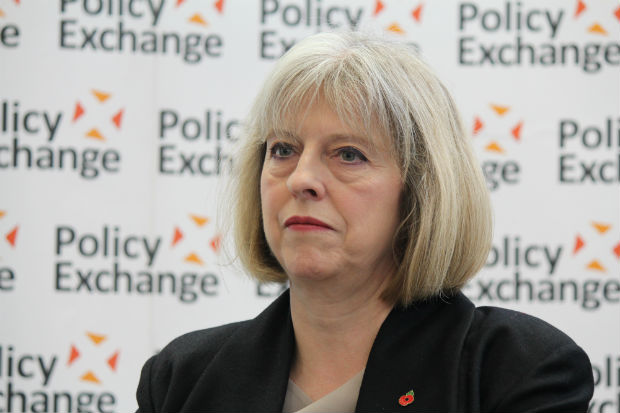 Britain’s Home Secretary, Theresa May, would — apparently — like to pre-approve programmes before broadcast that may include “extremist” content. We know this thanks to a leaked letter to the prime minister from the former Culture Secretary Sajid Javid who expressed his objection to the plans of his fellow cabinet minister.

Javid pointed out, quite rightly, that such a move could (and would) have a damaging effect on free speech — a freedom that David Cameron himself identified earlier this month as being part of the “British values” he wants to protect (values and freedoms that are systematically being attacked by the current government though proposed measures such as the Snoopers Charter and planned abolition of the Human Rights Act).

The world’s most repressive regimes largely have no need to pre-vet content. This is simply because they control all media outlets, and thus the messaging of the broadcasts and press. Why bother pre-vetting content when you’ve decided everything that goes out in the first place. If you can’t do that, pre-vetting is the next best step for an authoritarian government. China, which has one of the most sophisticated and far-reaching censorship regimes in the world, pre-censors TV documentaries, as well as non-fiction films, and has strict guidelines for broadcasters — including online companies — that forces them to self-censor huge swathes of content. Burma, whose military dictatorship finally ended in 2011, had pre-publication censorship for more than four decades.

As Javid himself notes in his letter: “It should be noted that other countries with a pre-transmission regulatory regime are not known for their compliance with rights relating to freedom of expression and government may not wish to be associated with such regimes.”

Yet with every step Theresa May makes she seems — under the guise of protecting our national security — to be bringing us closer and closer to the practices of countries who restrict the rights of their citizens to speak openly, countries who spy on their people indiscriminately, and countries who issue vague and obscure directives about the kinds of people and opinions deemed “unacceptable”.

We already have plenty of laws in Britain dealing with incitement to violence and the promotion of terrorism. We also have strict broadcasting rules addressing these areas. But the idea that the government should have a role in assessing content before it is broadcast, or in developing lists of speakers banned, not for inciting violence or hatred, but because their ideas are extreme, should set alarm bells ringing.

This article was posted on 22 May 2015 at indexoncensorship.org