A Syrian-native who was studying journalism in London when war broke out in Syria in 2013, Zaina Erhaim decided to return permanently to report and train citizen journalists in the war-ravaged country. Between the violence and deadly misogyny of IS and the bombing raids of Russian allies of Assad the danger of living in the region as a female reporter is immense. However, Erhaim has trained hundreds of journalists, including many women.

In this photo essay, Erhaim explains her work and her life in Syria. 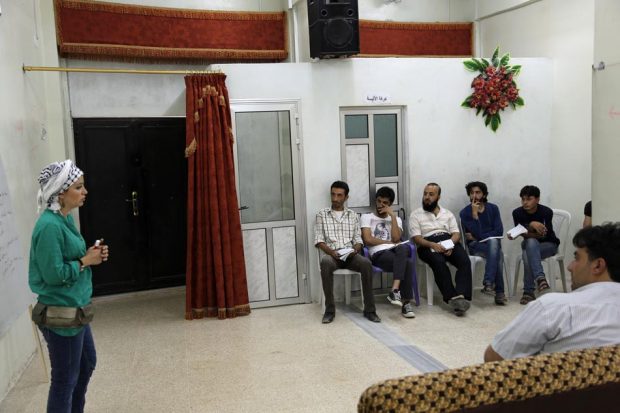 After the revolution in 2011, many Syrians became citizen journalists to report the regime’s crackdown on the demonstrations. Without any background in journalism or reporting, hundreds of activists became the main source of news and information for the rest of the world. I felt a responsibility to pass the knowledge and skills I had in journalism to them, and this is the first training I did in the suburbs of Edlib. Two of the trainees passed these skills to 40 other activists, some of whom are now publishing features and reports for the Syrian media. 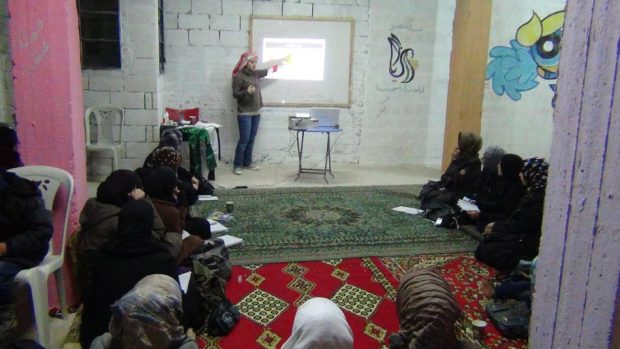 There were only a couple of female citizen journalists living in the rebel-held areas in the northern Syria, so I decided to offer the training to those interested in learning (unlike the men who, who were mostly already citizen journalists). I was surprised how many women were actually interested. Some are now making a living from writing for our website Damascus Bureau and other websites, which turned their conservative, closed-minded husbands from opposing to supporting their work. 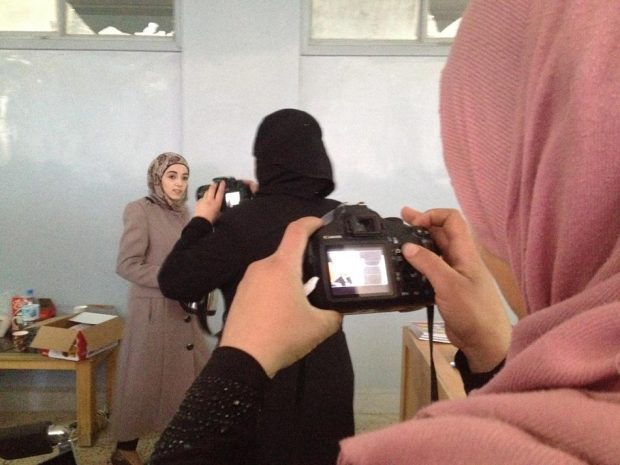 Writing was the easier choice for the women interested in being citizen journalists as it could be done anonymously with no need to grab attention holding a camera in the street, but some wanted to learn.

The woman in this picture – a schoolteacher – told me: “I want to report myself for the school instead of asking for a male citizen journalist to come whenever we have an activity, and I know the women teachers would speak to me much more comfortably in an interview.” 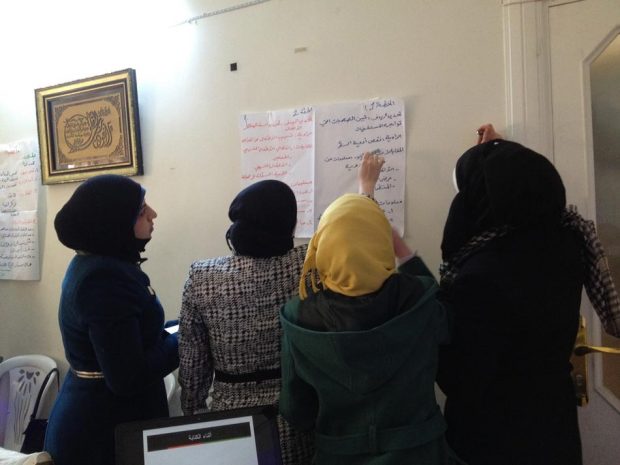 Besides journalism, through the Institute for War and Peace Reporting, we’ve established women-only internet cafes where women can come and learn how to use social media, surf the internet and use the computer. All means of communication have been cut by the regime for years, and the satellite internet cafes existed are male dominated. This means women are disconnected, so providing these centres is like giving them a window into the world. 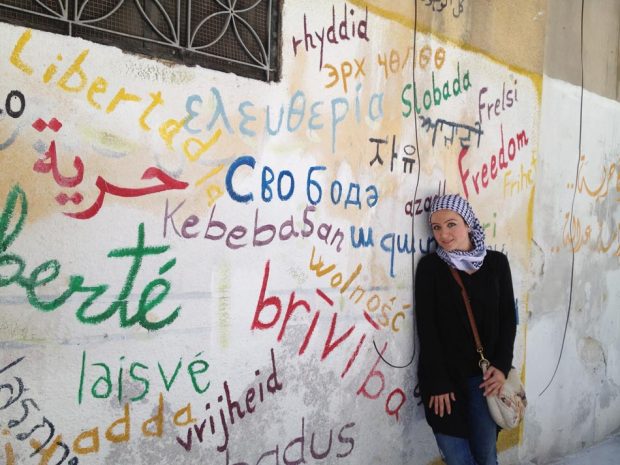 Some might consider me biased because I stand with the freedom revolution in my home. On my blog, my slogan is: “I am biased to humanity and I am proud to be so.” I don’t think any journalist can be impartial when reporting about IS or Kim Jong-un’s crimes, so why with Assad? I was interrogated by his military security forces in 2008 because of an article I wrote and because I was active in a civil society organisation. I am forbidden from going home to Damascus, because I am a journalist and not a propagandist.

To document the human side of our war I started filming people, streets, life behind the frontline, death and horror. I chose to document the heroines who are facing extra difficulties because they are women, so I made five short films and named them Syria’s Rebellious Women. 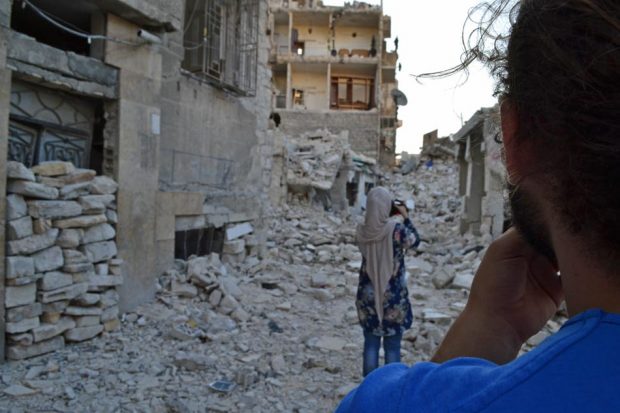 “You pass the Kalaase massacre mark then turn right you will find me waiting for you there… .” Somehow destroyed buildings and massacres become part of the daily view and even marks to guide people to places. At this particular spot, I got engaged. Someone wrote “Heaven” on the wreckage with an arrow directed to the sky. There we exchanged our vows to keep loving life and to not forget the sacrifices of those who have gone in order for us to live free in a democratic country. 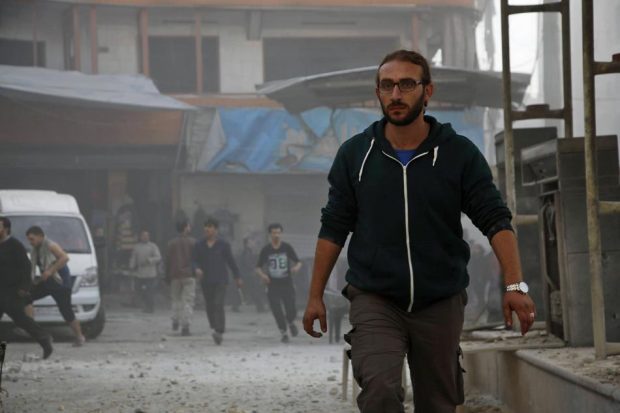 This is my husband Mahmoud, doing what he does every day: running toward bombed areas to rescue victims and provide first aid to those who need it. He has been injured many, most recently two weeks ago in a Russian air attack in Kallaseh grocery market. Three bits of shrapnel are still in his leg. Despite being a pioneer activist, a giving person who is ready to give his life for to protect and help people he doesn’t even know, and in spite of his work for international organisations, his visa to the UK has been rejected fearing that he “won’t leave the UK”.