It has been eight months since the Prevention of Electronic Crimes Act (PECA), also known as the cyber crimes bill, was passed and enacted in Pakistan. The law, which has been in place since August 2016, is meant to limit the amount of hate speech online and protect internet users against malicious cyber crimes, however, many are concerned that it has not followed up on these promises.

Bolo Bhi, a non-profit organisation and activist group and winners of the 2016 Index on Censorship Freedom of Expression Award for Campaigning, has been vehemently opposed to PECA from the beginning because of its potential human rights violations and threats to the right to privacy and freedom of expression as the law would allow more unchecked government power and internet regulation.

Farieha Aziz, the director of Bolo Bhi, told Index on Censorship that there are simply not enough rules, oversight, and public awareness for the law to truly be effective in preventing cyber crime.

“If the government was really serious about the implementation of the law for the protection of the people, eight months on, where are the rules? Courts? Capacity of the Federal Investigation Agency, Pakistan Telecommunication Authority, prosecutors and courts to deal with cases?” Aziz said. “Why the deafening silence on this both the government and the opposition?”

Aziz said that government critics and other dissenters have been silenced as a result of the law, but the government has yet to make any effective moves against real malicious threats. She noted that the Khabaristan Times, a satirical media organisation, was recently blocked online under Section 38 of PECA which allows the government to remove and censor any “objectionable content”.

“This essentially stems from a failure to still grasp how the internet and technology function, and where and how the law can or cannot be applied,” Aziz said.

Bolo Bhi has published a document on its website titled “Recommendations for Implementation and Oversight” to solve the numerous problems regarding effective and fair enforcement of PECA.

One of the main problems, Bolo Bhi noted, is confusion and lack of clarity among the public of PECA’s rules and regulations.

“Social perceptions of what constitutes stalking, harassment, bullying, etc. and the legal definitions of these as well as what constitutes a crime under law can be very different,” Bolo Bhi said in the document.

In order to combat this, Bolo Bhi recommended increasing public awareness through various resources including public service messages and helpline numbers. Bolo Bhi also suggested the creation of an online complaint facility and a more transparent case management and tracking system that would be available to the public.

Another problem with effective enforcement of PECA includes a lack of financial resources and qualified professionals for online surveillance and responding to cases.

The PTA, one of the most prominent government agencies involved with the implementation of PECA, told the Senate Standing Committee on Information Technology on the 5th of April that they do not have enough resources to properly manage and surveil all online content. Instead, the PTA suggested, the government should build closer relationships with social media websites such as Facebook and Twitter to help find and block and unacceptable or blasphemous content.

Bolo Bhi, however, suggested that the government itself should be held responsible for increasing the amount of trained investigation officers and state prosecutors who can properly handle an increasing caseload. If there is more legal and technical training for judicial officers, Bolo Bhi said, then cyber crimes can be dealt with more quickly and efficiently. Bolo Bhi also recommended increasing the number of third-party forensic labs in order to avoid further backlogging of cases.

Despite PECA’s lack of progress in creating a safe and sustainable internet for Pakistan, Bolo Bhi continues to fight on for fair and effective implementation of the Cybercrimes law.

“The law alone is no solution,” Bolo Bhi said. “Awareness of its existence, knowledge of the procedures, willingness to use it and them proper implementation for deliverance of justice that is tied with our criminal justice system and courts are all components of this, which need to be addressed simultaneously.” 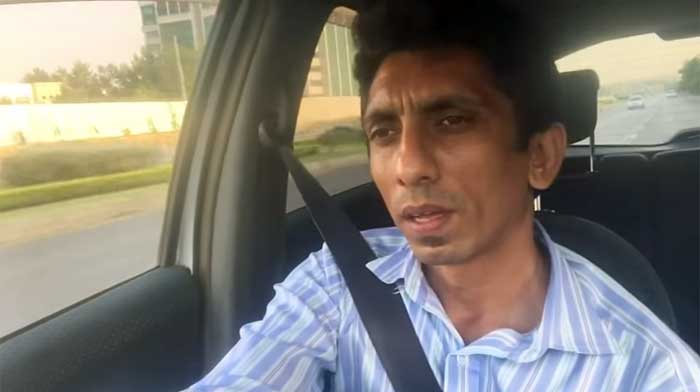 Pakistan passes Prevention of Electronic Crimes Bill: “The youth of this country is losing hope”

Pakistan’s National Assembly passed a controversial Prevention of Electronics Crimes Bill on Thursday 11 August. The bill will permit the Pakistan Telecommunication Authority to manage, remove or block content on the internet.