ARTISTIC FREEDOM
Gurpreet Kaur Bhatti: Freedom of expression must be at the core of artistic institutions
19 Jun 2018
BY GURPREET KAUR BHATTI

Artists make the work. Institutions put the work on. That’s the deal. It’s a simple but weird relationship. The art would probably still live without the institution but the latter could not exist without the art. Still the institution is charged with incredible power – to commission, to programme, to bring the art into the public psyche. And when the work is threatened, power over it is in the hands of the institution.

The moment the threat comes is difficult to describe. Charged, surreal, heart beating fast. Not knowing where this is going to land or end. Will there be violence, humiliation, cuts to funding? A variety of narratives emerge. It’s difficult, for everyone. I’ve had a few brushes with controversy. I understand the pain and loss which occurs when the work is halted and I’ve seen how tough it is for good people in institutions under pressure, trying to do the right thing, unsupported and cornered. They can too easily become malleable. Fear takes hold, they cave in and the work is withdrawn. And something dies in everyone.

In 2004, after protests against my play Behzti (Dishonour) turned violent, the Birmingham Rep cancelled the run following police advice. The theatre’s position was immediately attacked by artists and cultural institutions, however politicians remained silent. One Home Office minister, possibly mindful of the large Sikh population in her constituency, remarked that the theatre had thankfully come to the right decision. The clear message from the police and government was that security was paramount and must override freedom of expression.

In 2010 my play Behud (Beyond Belief), was produced by Soho Theatre and Coventry Belgrade. There were rumours about protests. Before the dress rehearsal, a bombshell landed, the police asked the theatres to pull the play. This seemed to be based on no intelligence, merely the fear that something may happen. The theatres refused and the play went on without incident, but once more security was used as an excuse to curtail art.

In 2013, I was asked to remove some lines, which had previously been cleared, from a radio play for the BBC. My producer stood her ground, but was ultimately told if she kept the lines in, we were on our own.

Artists must have the freedom to explore the extremities of their imagination to provoke and poke around amidst the dirt and filth of the human condition. If not, art becomes sanitised and homogenous because it is only borne of fear. A corrosive fear that is the enemy of creativity.

This article is part of Risks, Rights and Reputations, an ongoing series of Index on Censorship workshops and articles challenging our increasingly risk averse culture.

Also read: Elephant in the room: It’s all well and good protecting the far right, but what about everyone else’s rights?

I’ve seen a real lack of consistency around freedom of expression. Decisions made when work is under threat are too dependent on the character of the leadership team and the support and advice they have access to. And sometimes pre-emptive fears mean that work doesn’t even get commissioned or happen in the first place.

Freedom of expression must be at the core of artistic institutions, and the concept of free thinking, cherished and celebrated. This has to come from the top – board and CEO level, if it is to filter down. Artists are by nature mavericks and it’s essential that leaders of institutions do not lose identification with that independent spirit which must also exist within them.

When challenge or threat happens, it is often from leftfield, so organisations are unprepared and taken by surprise. Institutions can help themselves by believing in the work in the first place. So that once something is commissioned or programmed they regard themselves as part of that provocation. This wholehearted commitment to the work might help them to summon the same courage demanded of the artist.

Other agencies such as the police, lawmakers, local authorities pile in pretty quickly when controversy strikes. If artistic institutions, well intentioned but incoherent, fail to make their case, it’s all too easy to stop the art. So it’s really important to spell out what we do and why we do it, because not everyone gets it. Security trumps freedom of expression far too quickly, often before the facts are completely known or understood, because other agencies take their jobs seriously. They, quite rightly, fight their corners and we must fight ours.

There is also the question of why challenge occurs in the first place. Everyone, I believe has the right to protest and express offence. When this turns into calling for the work to be halted, it’s a different matter. I’d encourage institutions to look at their audiences, to consider how open and welcoming they are and honestly question if they are properly embedded into the communities they serve. We need a range of work which is authentic, challenging if it wants to be, and a culture amongst our institutions which encourages audiences to bear what is unbearable. Ask yourselves, where is the heartbeat of your organisation, is it reaching out, breaking new ground, scaring itself and you? This ambition has to come from our leaders who ultimately have control over the creative lens.

In order to support artists, institutions need clear strategies and policies otherwise freedom of expression is meaningless, relegated to nothing more than a woolly liberal idea. Start by integrating freedom of expression into your mission statement and make it clear to other agencies that it is a core value.

When and if work is stopped, the only way of filling the void is to create anew and keep one’s voice alive. As I write this, Elephant, my fourth play for the Birmingham Rep (who produced Behzti) is about to open. It’s a difficult piece about childhood sexual abuse, based on a true story. The production of Elephant is an example of an organisation leaping in with me. Being strong enough to put on a complex piece, and I believe, to have the will to take care of it and defend it if necessary.

Art’s function, after all, is not to maintain the status quo but to change the world. And some people are never going to want that to happen. Let’s remember, if the art is stopped, my silence is your silence too. And I promise you, when it comes, it’s devastating.

We need each other. So let’s be brave together.

When I started writing my third play, Behzti, in 2003 I could never have imagined the furore which was going to erupt. There was an atmosphere of great tension in the lead up to its production in December 2004, and it was indeed an extraordinary time. Mass demonstrations culminated in a riot outside the theatre.

In December of 2004, Birmingham Repertory Theatre staged the world premiere of Behzti, a new play by Gurpreet Kaur Bhatti, in the smaller of its two theatres, The Door, which is a space exclusively dedicated to the production and presentation of new plays. “Behzti” is a word in common usage amongst the Punjabi speaking community meaning “dishonour” or “shame”.

Risks, Rights and Reputations
See all 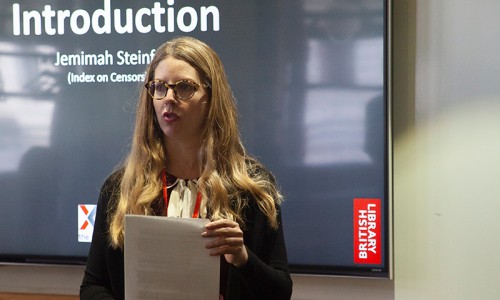 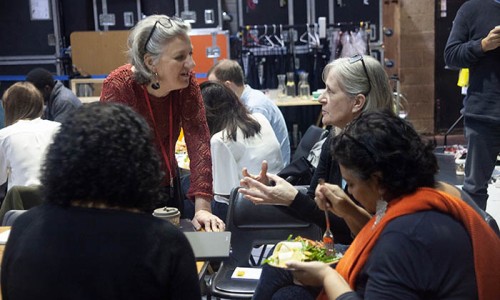 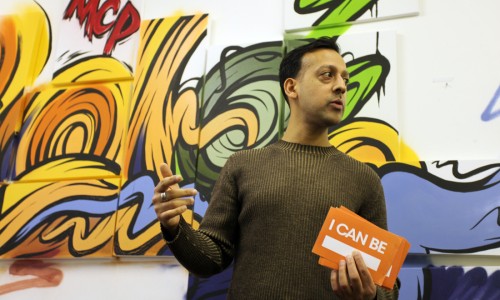