AWARDS
Wendy Funes: Fear is a weapon used against the vulnerable in Honduras
19 Dec 2018
BY RYAN MCCHRYSTAL

“Violence is a way of keeping society under control because a lot of what people do or don’t do is a reaction to fear,” Wendy Funes, winner of the 2018 Index on Censorship Freedom of Expression Awards Fellowship for Journalism, tells Index on Censorship. “It becomes an indirect method of control, not just over society, but journalism as well.”

Funes worries this kind of violence has become “normalised” in Honduras and says the shooting and wounding of journalist Geovanny Sierra — who has survived numerous attempts on his life — by military police while covering protests of electoral fraud in late November is just the latest example. The Honduran authorities issued a statement saying that law enforcement was attacked first, which is why they started shooting. “With this they have justified the crime,” Funes says, adding that nothing is being done about the attacks on journalists in the country: “The most terrible thing is the impunity that exists because if something like this happened in another country it would a scandal, but here it is already forgotten.”

Funes is no stranger to covering either corruption or protest and has had her own brushes with heavy-handed state forces, although she says for the most part she has been lucky. “I’ve had training opportunities in self-protection and security,” she says. “I am also very cautious — I try to plan my routes and if I go inter dangerous areas, I try to have a safety protocol, to have alliances with civil society groups, so if something happens to me I can let them know.”

Recently, Funes’ investigative website Reporteros de Investigacion has been focusing on issues such as human trafficking, violence against student protesters, femicide and the high-level cocaine trafficking case involving Juan Antonio Hernández, brother of Honduran president Juan Orlando Hernández. The website has also been covering the caravan of people fleeing persecution, poverty and violence in the country. “They are facing a very cruel situation,” Funes says. 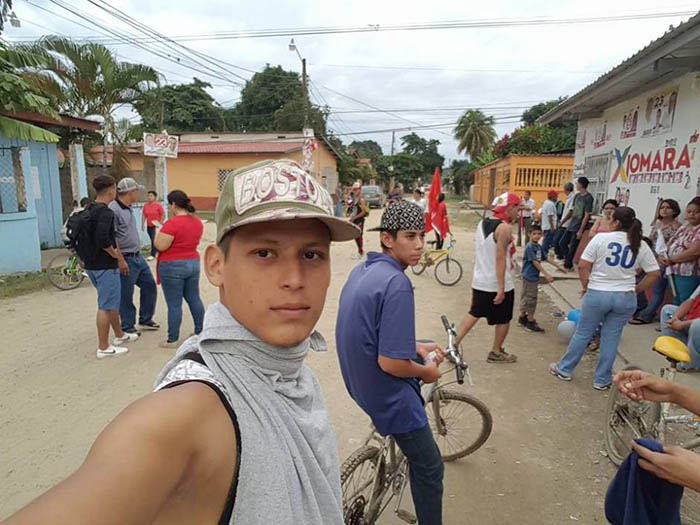 Although Reporteros de Investigacion doesn’t have the resources to cross the border, it has been working closely with some of those who have fled, such as 25-year-old Daniel Portillo, who left Honduras in search of the “American dream”. Portillo is now in Mexico. “He has found someone who works with migrants and helps migrants,” Funes, who first met him when she was covering protests in San Pedro Sula, a city in the northwest of Honduras, said. “He is a young person with a lot of leadership qualities, a lot of desire to advocate for other young people.”

While in Honduras Portillo organised sports tournaments in an area controlled by the criminal gang MS-13. “He resisted joining the gang,” Funes says. “He was always trying to negotiate with them so that he could help other young people so they wouldn’t get into drugs or alcohol.”

Writing in Reporteros de Investigacion, Portillo explains the difficulty of explaining to his young daughter that he left so she could have a better future: “If God allows it, we will see each other again or else, I am writing this letter to you in case unfortunately they killed me on the way and buried me; my heart is that of a warrior and I will continue forward, whatever happens, my mother suffers for my departure.”

“He told me that he has seen many people carved up since he was a child,” Funes tells Index. “Violence weighed on his psyche and made him very vulnerable young person. He told me that he looked for employment in Honduras, and when he could not find he decided to migrate with the caravan.”

It is such vulnerability that makes poor Hondurans so susceptible to human trafficking. “It’s like Russian roulette,” Funes says. “I have come to realise that there are many Hondurans who have an eagerness to migrate to the USA, but have ended up staying in countries like El Salvador, Guatemala, Mexico and Belize and have become victims of sexual exploitation, domestic service and forced matrimonies as they flee from gangs and narco-politics. Some of the people who have left come back mutilated because they lose limbs on the trains.”

For those that do make it to the USA, they face discrimination, but at least they have the opportunity for better salaries, with which they can send money to their families struggling back home, Funes says. These remittances play a key role in sustaining the Honduran economy. In May 2018 Hondurans abroad sent back an all-time high of $456.2 million in a single month.

While Funes would like to see more Hondurans stay at home, not only to avoid the very real risks that come with being a migrant, but also to fight for real change, she is all too aware of why people choose instead to leave. “You have to work five times harder than a corrupt individual to be able to sustain yourself and get ahead in Honduras. This economic model displaces the most vulnerable individuals.”

With a grant from the National Endowment for Democracy, Funes and her team will also work on a project called Sembrando el Periodismo de Investigación en Honduras (Sowing Investigative Journalism In Honduras), which will involve four major investigations over the course of 2019.

“Many of the things that I dreamt of happening one day, in an idealistic way, have become reality, all thanks to Index,” Funes adds. “Solidarity, love and friendship are really the things that can move this world, and that is what Index is made of with all of the support they have extended to me.”

Wendy Funes: Despite the pain that violence has left in Honduras it is wonderful to see a world with so much solidarity

“Despite my fears and the pain that violence has left in my country, it has been wonderful to see that it has been worthwhile to dream in a world with so much solidarity” 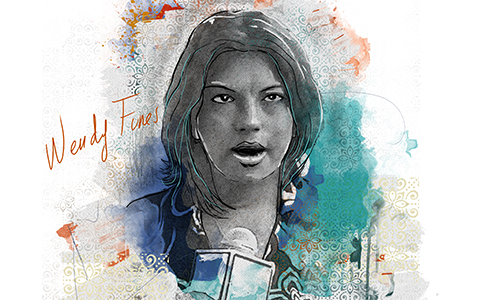 “There have been deaths in the country, there are members of the military involved in extrajudicial executions, there is a culture of murdering people.” 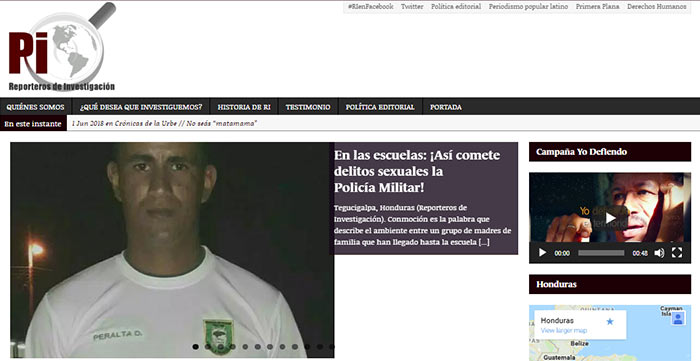 Two days after the publication of an investigation into alleged inappropriate behaviour by a member of a Honduran military unit involving young female students, digital newspaper Reportero de Investigacion was targeted with a misleading story that purported to be from the outlet.