AWARDS
Wendy Funes: Despite the pain that violence has left in Honduras it is wonderful to see a world with so much solidarity
01 Apr 2019
BY EMILY SEYMOUR 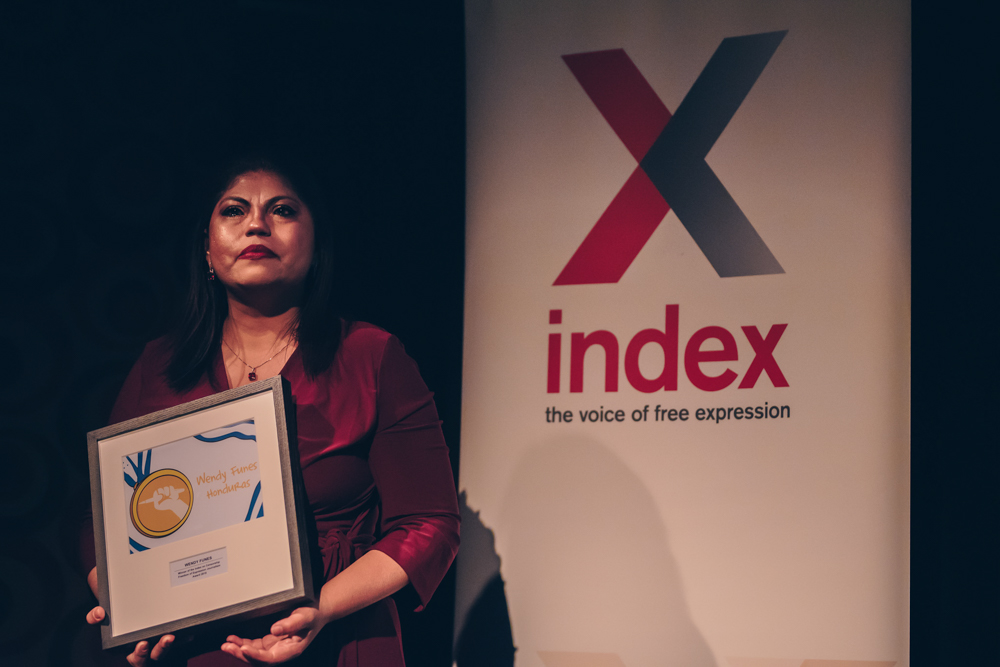 Freedom of expression has suffered a steep decline in Honduras, a country where 70 journalists have been killed over the last nine years, with Gabriel Hernández’s murder on 17 March marking the first of 2019. Wendy Funes, an investigative reporter who runs her own online news website, Reporteros de Investigacion, is one of the few remaining journalists in the country that continues reporting and investigating issues despite the immense pressure to remain silent.

As a woman journalist in Honduras, a country in which gender-based violence is a serious issue, as is violence against journalists, Funes finds it important to attend events for women in leadership, such as the one she attended in Mexico City with the Center for Women’s Global Leadership.

“It helped me to realise that I am not alone in the continent and to know that there are other places with women who are specialised and do methodical and rigorous work,” said Funes.

Although she has faced a great deal of adversity as a woman journalist, Funes considers herself lucky having been given the opportunity to study and have a career in journalism, when seven out of every ten Hondurans live in poverty, with more than a million children without access to school and a small percentage of people who finish high school.

2019 is proving to be a busy year for Funes as she undertakes a new project, Sembrando el Periodismo de Investigacion en Honduras, with the help of a grant from National Endowment for Democracy. The project consists of four major investigations, two of which Funes and her team are currently working on.

The first is an investigation into the Trans 450, a transmetro that was promised to Hondurans and cost them $9 million, but has not been put into operation yet. The second investigation examines the impunity on aggressions against freedom of expression.

“The NED project is our first significant project and the support and respect they have shown for our work is really important to us,” said Funes.

The biggest project Funes has planned for the future, however, is the building of a Centre for Investigative Journalism that will be the first centre of its kind in Honduras.

“We want the office to become a training space for press and media professionals, advocates, professionals from universities, and academics who wish to learn,” said Funes.

In preparation for building the centre, Funes and her team are working with Factum magazine of El Salvador to train journalists and students. They will hold the first workshop in April of this year and the hope is that they will develop a network of journalists that will then serve as the foundation for the Centre for Investigative Journalism.

“For now, our priority is to strengthen our office and our business model, to nurture alliances and strengthen the network that will one day become the centre we are talking about,” said Funes.

Being an Index fellow has opened up many new opportunities for Funes, but has also renewed her own sense of confidence in herself as a woman and as a journalist.

“Index appeared in my life as a gift of providence and helped me at a very fundamental moment because the award coincided with the year I made the decision found my own newspaper,” said Funes. “They showcased me and my work and many more people followed in encouraging and supporting me.”