MEDIA FREEDOM
Zouhir al-Shimale: "I hope that one day I can see Syria under democratic rule"
24 Apr 2019
BY EMILY SEYMOUR 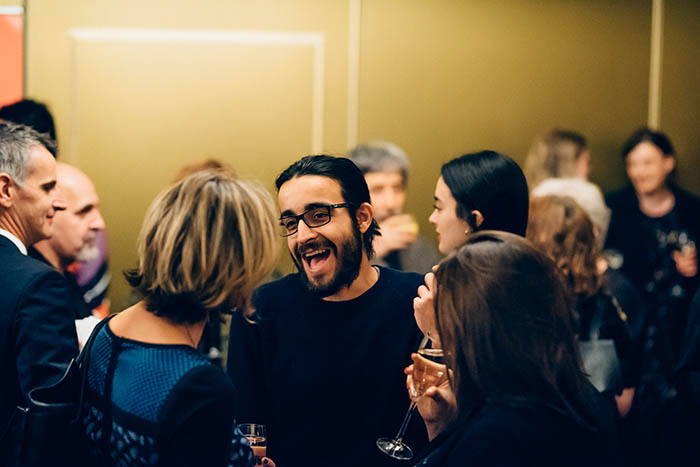 Journalist Zouhir Al-Shimale at the 2019 Freedom of Expression Awards (Photo: Elina Kansikas for Index on Censorship)

“As a native freelance journalist, you want the story of your country to be heard and you get taken advantage of because of that,” says Zouhir al-Shimale, a Syrian photojournalist now living in the UK.

That was a lesson al-Shimale quickly learned after starting his a career as a freelance journalist when protests demanding government reforms erupted in Aleppo, Syria in 2011. It was at that time he began documenting and sharing videos and photos of the protests and the government’s crackdown, which began to receive attention from local media agencies.

One of the biggest challenges he’s faced since leaving Syria and moving — first to Turkey and then to the UK — is that he has been ignored by the same organisations that previously took his work free of charge without giving him credit.

Zouhir al-Shimale spoke to Emily Seymour, an undergraduate student of journalism at American University interning at Index on Censorship, about the situation in Syria, the London College of Communication’s Refugee Journalism Project, which supports exiled and refugee journalists to restart their careers in the UK, and his hopes to build a journalism career.

Index on Censorship: How did you first get involved in journalism?

Zouhir al-Shimale: When the revolution in Syria began in 2011, I got involved with the demonstrations and started to film them with my mobile phone. I shared them on Facebook and local news agencies, and those photos and videos spread all around the international media. In the beginning, I was only involved with demonstrations, taking photos and videos and sending them to local agencies.

Between 2012 to mid-2014 I was moving back and forth between rebel and regime areas. By that time I finished my university graduation exams and left right after I finished. Then, in late 2014, Aleppo was torn apart and I moved to a rebel part of the city to work more freely in an area where there was no Assad regime. I was working there in local news agencies and, because I speak English, I started working with freelance journalists who were planning to Syria to cover the conflict. I worked with foreign freelancers online starting in 2015 when no one could come back to Syria because the situation got critical with the rise of Assad regime intensity attacks as well as IS and radical groups. I stayed in touch with these journalists and through them got to work with the agencies themselves because I was on the ground, so I got materials for them, writing and taking photos then I started to grow my network with global agencies.

Index: How did you make the transition from graduating law school to pursuing journalism?

Al-Shimale: It was all very “go with the flow”. I graduated and then I moved to the rebel side. I can’t practice law because it’s a war zone, so what do I do? I just got involved in journalism — it just happened. I got calls about what was happening in the area and I became a reporter just because I was on the scene. In the beginning, it was all volunteer work, like you get photos and videos and share them with journalists who cover the situation because you want your voice and the situation to be heard. And then you start to build your own network, write your own materials and get credit.

Index: What prompted you to leave Syria and move to Turkey and eventually the UK?

Al-Shimale: I left Syria in January 2017 because my hometown is Aleppo and the war had become critical at the end of 2016, which ended in a six-month-long siege and then the regime took control. I was displaced with roughly 60,000 civilians from the city to north Syria. Then I moved to northern Syria to an area called Idlib, where even though it was Syria, it wasn’t home: it wasn’t my hometown and I felt like I didn’t belong — nothing felt like Aleppo. I wanted to run away because everything reminded me of my hometown where I could not return to because I was a journalist who exposed Assad’s regime war crimes in my city. It’s almost worse because though I was super close to my home, I couldn’t go back. I’m a journalist and anti-regime so if I went back to Aleppo I would have been prosecuted and imprisoned. There were also some radical groups among the rebels and if I was to carry on my work in northern Syria, it was dangerous and I could have been abducted by those factions. So I went to Turkey and lived in a city called Gaziantep, where I stayed for two years. When I went there I felt I also didn’t belong; they are very similar in culture because we’re neighbours, but because there are lots of Syrians there it didn’t feel right for me. Being in a foreign country within Syrian society, that was kind of creating mental problems because it gave me flashbacks to being back in Aleppo and I wanted to get away from that.

Index: How have your experiences as a citizen and freelance journalist in Syria shaped you as a journalist?

Al-Shimale: When I was in Syria I was an immature, freelance journalist and I was taken advantage of many times, where I wasn’t paid, my stories and my pictures were taken for a very cheap price. As a native freelance journalist, you want the story of your country to be heard, and you get taken advantage of because of that. So from when I started until now, I’ve learned how freelancers work in a war zone and how they should be paid, how they should be treated and how they should be told all of the details in advance. My role now is as the one who is the source and the agency, because I’ve got all the contacts and I’m also contacting people in Syria. Through my experience of being taken advantage of, I now teach other freelance and citizen journalists who are new to the industry and tell them how things should work. I learned not to give the agencies everything they want right away or they just will take it and not get back to you until they want another story from you.

Index: What has been most challenging about moving to and working in the UK?

Al-Shimale: It’s challenging to be involved in the industry because of the high English standards that are required by the agencies here and not many agencies are ready to embrace those citizen journalists who have really good experience, and work with them to make great journalists by working on their weaker points, like English speaking or writing. We didn’t study journalism, we just practice it. None of the agencies or channels or any media outlet that I’ve worked with before came to me when I arrived in the UK and I went to a few of them and asked if I could work with them in the office, without pay, to gain experience, and all of them either ignored or dismissed me. The same thing happened in Turkey, actually. I went to one of the TV channels that I had worked with for three years. I had done a lot of coverage of the siege of Aleppo for them, which they were very happy about, and then I told them I was ready to work in the office and learn and they just didn’t get back to me. That was the first disappointment, so I thought going to the UK would be better because all of the agencies are UK-based, but that was not the case. And that was very disappointing because I couldn’t find someone who would work with those young citizen journalists who came from a war zone to improve their skills.

Index: How have you changed since leaving Syria?

Al-Shimale: One of the things that’s changed in me as a person and as a journalist is understanding how the media can be directed towards something or to highlight one case by covering only one angle or side. I just realised for me, based on my experiences, how the media can affect political decisions and how the media and politics are linked, often making the media unethical. For example, when I was in Syria, the agencies only focused on covering specific stories and angles that were not really worth covering instead of covering what was the core of the story. I’ve learned that journalism is no different than politics, basically. No matter how ethical the media is trying to be, they can’t be separated from politics. From under the table, they go with the government and their perspective and ideology. For me, as a freelancer, it works because I get my stories commissioned and my stories heard by both sides, but what I pitch to each side must be different. I’ve learned how to work in the industry; how to fit the right story to the right platform and audience. This is a war zone and you have different competitive countries who are fighting on the Syrian soil, so a journalist’s role is to cover all sides.

Index: How has your experience been as a part of the Refugee Journalism Project?

Al-Shimale: The Refugee Journalism Project is one of the only good things that I’ve experienced so far in the UK in the media industry. I tried to get involved in an official way but it didn’t work, so this way was the first step for me to work and to get into agencies that I haven’t worked with and to meet more people. The networking aspect of this course has had a large effect on my career so far and so has the knowledge that I’ve gained through the courses they have provided.

Index: What advice do you have for other freelance journalists trying to establish themselves in the UK?

Al-Shimale: For freelance journalists, what I would say is to be more sociable, to get out of the house and go meet people. Attend events even if you have to pay for them and meet editors or anyone in the industry who could potentially help you or be a source. I would also suggest using social media as well. It is incredibly efficient and it helped me personally to get the attention of other journalists as a credible source and to contact editors and other journalists.

Index: What are your hopes for the future for Syria and for yourself?

Al-Shimale: I wish that justice can be reached in Syria one day and that the criminals will be tried in an international or Syrian court. I hope that one day I can see Syria under democratic rule and all of the humanitarian crises gone. I want to see the country get back on its feet. For myself, I want to build up a network and establish a strong journalistic career in the UK. I want to achieve one thing, which is to write stories my own way. 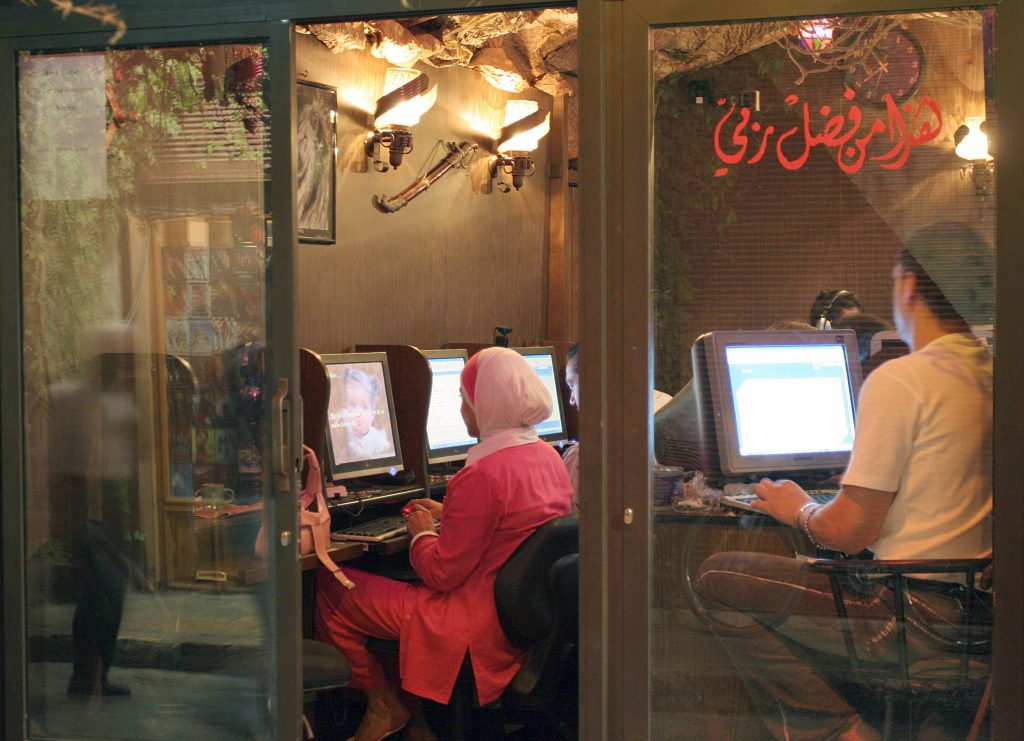 About Latest Posts Emily Seymour Latest posts by Emily Seymour (see all) Museum of Dissidence: Cuba’s new constitution does not represent us as Cubans, intellectuals or humans – 9 May Zouhir al-Shimale: “I hope that one day I can see Syria under democratic rule” – 24 April Syria’s universities: Tragedy and disaster – 10 April 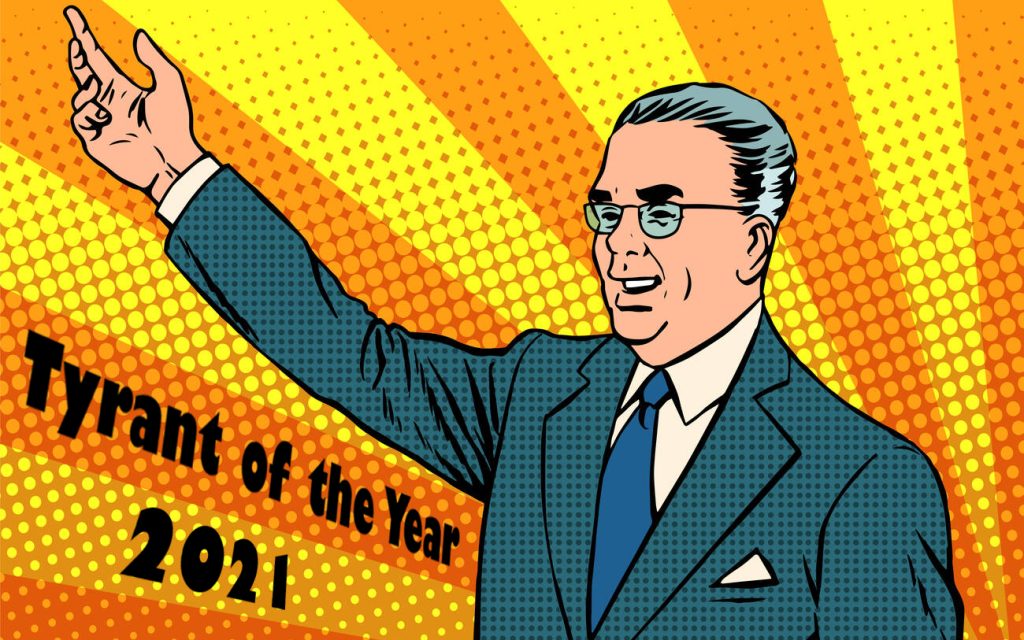 Who is 2021’s Tyrant of the Year? WINNER ANNOUNCED