NEWS
Academic freedom in Hong Kong: “It’s a storm and no one wants to go outside, even with an umbrella”

A 12-year-old girl tackled by police and pinned to the ground, a media tycoon in handcuffs, dozens of activists in court – these have become the familiar images from Hong Kong since the passage of the national security law. But there’s another victim of the amplified censorship and persecution happening in the city – academia. Hong Kong’s classrooms and lecture theatres are increasingly at the receiving end of pressure to conform – or else.

Within days of the new law, Hong Kong’s education bureau ordered schools to review all reading materials in the curriculum.

“If any teaching materials have content which is outdated or involves the four crimes under the law, unless they are being used to positively teach pupils about their national security awareness or sense of safeguarding national security, otherwise if they involve other serious crime or socially and morally unacceptable act, they should be removed,” the Education Bureau said in a statement.

Politically sensitive books, including those written by pro-democracy leader Joshua Wong, and titles related to China’s Cultural Revolution and Tiananmen Square massacre, were removed from library shelves. Textbooks censored out phrases like “separation of powers”. Gone too were illustrations showing anti-government protesters and criticism of the mainland Chinese government.

But the purge hasn’t stopped at reading material. Teachers have been fired. Just hours before the law came into effect, a secondary school visual arts teacher, who is too fearful to reveal his real name and goes by the moniker Vawongsir on Instagram, was laid off. He had received a complaint months earlier about critical artwork he’d done outside of work and yet no firm action had been taken against him. Then the new law was announced and he was fired. At the same time, a middle school music teacher’s contract wasn’t renewed after she failed to prevent students from performing a protest anthem during midterm exams.

“If you look at primary and secondary education it’s really obvious what they’re doing. They’re not hiding it,” said Lokman Tsui, assistant professor at Hong Kong’s School of Journalism and Communication, in an interview with Index. Tsui, who formerly held the position of head of free expression at Google in Asia and the Pacific, focuses his research and teaching on digital rights, security, democracy and human rights in general and in China and Hong Kong.

Tsui says the censorship is less obvious in higher education. Less obvious though does not mean less controlling. “They won’t tell you to not do x, y and z but it’s clear it’s not rewarded,” said Tsui.

Tsui himself is an example. Earlier this year he lost his tenure which, as he described in a letter he wrote at the time, “is important for academic freedom, because it provides job security, so you will not be afraid to lose your job if you take on controversial or challenging research topics.” Tsui was unsure whether this was politically motivated, but it cannot be ruled out.

“Maybe it is true that I would have gotten tenure if I had spent my time exclusively and only on ‘safe’ research and nothing else. But that would not have been me,” he wrote in the letter, which received a plethora of responses in solidarity with him and what he had done and in support of his teaching.

Even tenure doesn’t fully protect you in Hong Kong today. Benny Tai, who was associate professor of law at the University of Hong Kong and one of the Umbrella Movement leaders, was fired in July. Shui-ka Chun, another university educator known for his political activism, was laid off. China’s liaison office in Hong Kong hailed the terminations as a “purification of the teaching environment.”

Unsurprisingly the result is an atmosphere of self-censorship and an environment in which “the good people leave”.

“It’s a storm and no one wants to go outside, even with an umbrella,” said Tsui.

A battle over independence is nothing new for Hong Kong’s educators. Earlier attempts to introduce a patriotic “national education” curriculum into Hong Kong schools resulted in tens of thousands protesting in 2012, forcing it to be shelved. In 2018, charges of “brainwashing” were once again levelled at the government and at Beijing after attempts were made to alter the way history was taught (more focus on mainland China; less on Hong Kong’s colonial past).

To ensure that teachers fall in line, organisations have been established to report on those who might say the wrong thing. A complaint to the Education Bureau was what led to the aforementioned visual arts teacher Vawongsir being flagged and later fired.

Carrie Lam, Hong Kong’s pro-Beijing chief executive, has made it quite clear that she isn’t going to go easy on education. The city’s schools and universities are often accused of radicalising Hong Kong’s young with Western ideals and preventing a Chinese national identity from flourishing, accusations reinforced by Lam publicly. At an education forum in 2017 she highlighted that many people arrested for participating in illegal protests over the last year were students.

With each attack usually comes defence, often fierce and determined. And rightly so: minds are shaped in the classroom. But fears are this defence, already strained, will not continue.

As Tsui says, the lines have become further blurred since the passage of the national security law. He describes the law as a “clarion call for the entire society to encourage and amplify everything on the pro-government side” and an “open field-day for harassing anyone” who speaks in favour of the Hong Kong pro-democracy movement.

“I think you have freedom even in China, it’s just the price you want to pay for it and they’ve been raising the price of it. It’s going up and up and up.”

“Realistically it will be difficult for me to find a professorship in Hong Kong,” he said, explaining that there are few universities as is and those that do exist are under pressure to follow the party line.

“While I was trying to get tenure, a lot people told me to keep my head low in order to get it. But I disagreed.”

“There are all kinds of social costs. My mother has said ‘Can you please not be so outspoken?’ Even your friends and your romantic partner will say that.”

Tsui is originally from the Netherlands. Will he be one of the good people forced to leave?

“I’m not leaving until they kick me out. We need people here.” 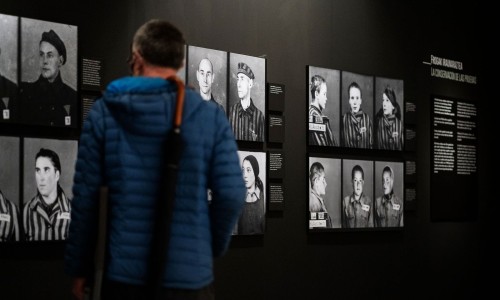 3 responses to “Academic freedom in Hong Kong: “It’s a storm and no one wants to go outside, even with an umbrella””