Whether Trump wins or not next week, years of his assault on the media could have long-term implications. We must all be alert to this 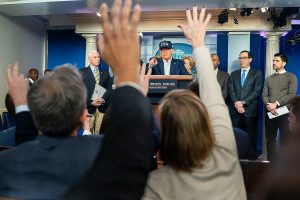 By this time next week, we will hopefully (subject to the courts, likely delays and the impact of Covid) know who the future leader of the USA will be. In an election that feels like it has been raging from the moment that Donald J Trump was inaugurated as the 45th president of the United States, it will be a relief when it is finally over.

But we need to look beyond the campaign hype and explore the longer term impact of the relationship between the White House and the media, which has become a little fraught to say the least.

According to the US Press Freedom Tracker, Trump has undermined and attacked the media a total of 2434 times since he was confirmed as the Republican candidate in 2016. Indeed within just days of taking office, he took the opportunity to label journalists “the enemy of the American People” in words that many saw as echoing those of Stalin and the Nazis, as the great granddaughter of Soviet leader Nikita Khrushchev wrote in Index on Censorship magazine at the time.

For a country built on the premise of a free press and with free speech enshrined in law it’s an appalling indictment of the current state of acceptable political discourse in the USA.

The First Amendment is one of the most revered and easily understood of all the additions to the US Constitution. At its heart is the idea that each and every US citizen has an inalienable right to their own freedom of speech and assembly.  But it also confers the absolute protection for the press to report freely and as they see fit. It reads:

“Congress shall make no law respecting an establishment of religion, or prohibiting the free exercise thereof; or abridging the freedom of speech, or of the press; or the right of the people peaceably to assemble, and to petition the Government for a redress of grievances.”

Of course when the Founding Fathers drafted this no one could have envisaged the role of social media and how, a president with a gripe, could use it to undermine the press and deliberately seek to use his power to target journalists who report on his activities in a way he does not agree with.

Ahead of the final presidential debate, Trump took to Twitter to denounce the moderator and renowned journalist Kristen Welker as “terrible & unfair, just like most of the Fake News reporters”.

Trump said to Jeff Mason, the highly respected Reuters journalist, on a visit to Arizona, “Let me tell you something: Joe Biden is a criminal, and he’s been a criminal for a long time. … And you’re a criminal, and the media, for not reporting it.”

Trump is, of course, entitled to use his freedom of speech to criticise the press. But he has taken this a step beyond normal criticism of the media. From early in to his administration news organisations whose editorial line might not be favourable towards Trump have been barred from press briefings. And these interferences in normal due process have only accelerated, especially during the current pandemic, as our Covid media tracker highlights.

A malevolence has seeped into presidential communications that seeks to undermine and delegitimise reporters who produce editorial content that does not fit the White House narrative. And as we head to the election, it seems that the Trump administration increasingly wants to take aim at the First Amendment and double down on their attacks on the free press.

This month, in an unprecedented move, the head of the US Agency for Global Media  (a Trump appointment) has scrapped the ‘firewall’ that protected the editorial freedoms of Voice of America and other broadcasting agencies that receive public funding. The repeal memo claimed that the firewall was in conflict with the agency’s purpose to promote the interests of American overseas. Michael Pack, the CEO of the IS Agency, claimed that the agency “do not function as a traditional news or media agency and were never intended to do so.” He added: “For example, the Networks are to articulate the American perspective while countering international views that undermine American values and freedom, or that might aid our enemies’ messaging.”

The Agency for Global Media runs Radio Free Europe/Radio Liberty and Radio Free Asia. Both are intended to provide independent news to audiences in countries where media freedoms are curtailed and yet now they may be used to produce nothing more than partisan propaganda for whoever wins the White House next week.

And as Index reported earlier this week, plans to change the I visa terms for foreign journalists operating in the USA have been suggested. If passed, these plans would represent a serious setback to media freedom.

None of this is even vaguely in keeping with the spirit of the First Amendment. It does little to support and promote the USA’s place in the world. Instead it undermines global free speech and as such shouldn’t be ignored by the wider global family.

On Tuesday we will hopefully find out what the USA’s long term priorities are. Be assured that we will be shining a light on whoever wins if they fail to protect our global freedom of speech and if they fail to promote and protect the media. 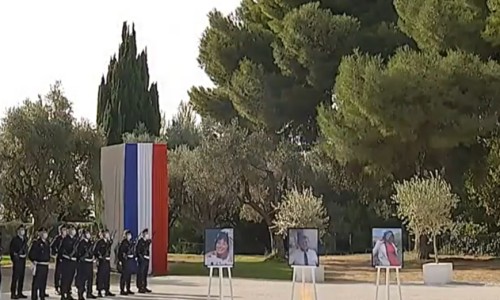 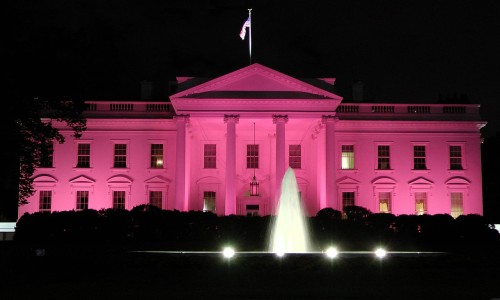 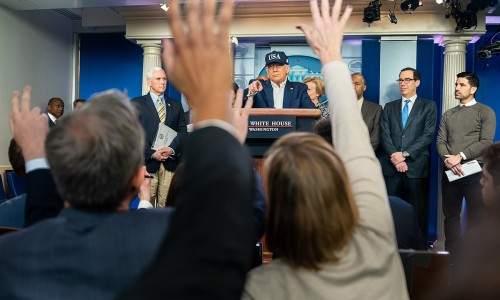