Index on Censorship has condemned the removal today of the director of broadcasting of Radio Television Hong Kong from his post and his replacement with a civil servant approved by the Hong Kong Government.

Veteran journalist Leung Ka-wing has been in the post since 2015 and his contract was due to come to an end in August this year, although his tenure had already been extended by three years in 2018.

The Hong Kong government announced today that he would leave his post immediately, with civil servant Patrick Li Pak-chuen taking over on 1 March. Li has served as deputy secretary for home affairs since 2017 and has previously worked in the Security Bureau.

Commenting on the appointment, the Secretary for the Civil Service, Patrick Nip, said, “Li is a seasoned administrative officer with proven leadership and management skills. I believe that he will continue to serve the community with professionalism and dedication in his new capacity, and ably lead the Radio Television Hong Kong (RTHK) to meet the challenges ahead.”

In its statement, the Government made a clear point of Li’s role at the broadcaster. “As Director of Broadcasting, Li will ensure that RTHK fully abides by the charter of RTHK,” it said.

Index’ s CEO Ruth Smeeth said, “Hong Kong has been a bastion of media freedom for decades.  This chilling statement from the Chinese Government removing the Director of HKTV is another step towards a truly authoritarian regime in Hong Kong.  We stand in solidarity with the people of Hong Kong and those journalists are trying to cling on to their media freedom which is so precious.”

The news comes in the wake of a tit-for-tat battle been China and the UK over broadcast rights.

A spokesperson said, “Our investigation showed that the licence for CGTN is held by an entity which has no editorial control over its programmes. We are unable to approve the application to transfer the licence to China Global Television Network Corporation because it is ultimately controlled by the Chinese Communist Party, which is not permitted under UK broadcasting law.”

A week later, the Chinese government banned the broadcasting of BBC World News in the country. China’s National Radio and Television Administration said the BBC’s broadcasts were not “truthful and fair” and it caused harm to China’s national interests. 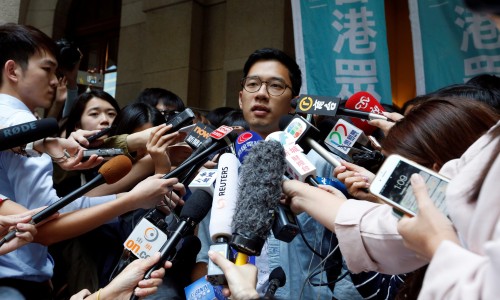 Contents - Playing with fire: how theatre is resisting the oppressor
15 Dec 2021 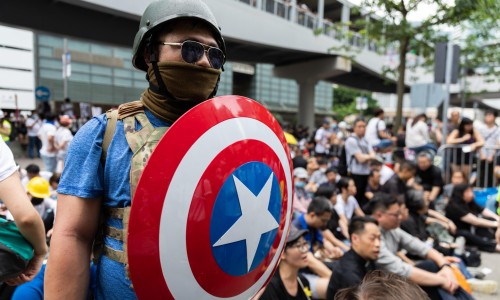