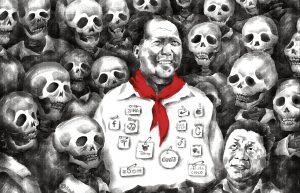 Index looks back on 100 years of the Chinese Communist Party and how their censorship laws continue to shape the lives of people around the world and threaten their right to free speech. Inside this edition are articles by exiled writer Ma Jian and an interview with Facebook’s vice-president for global affairs, former UK deputy Prime minister Nick Clegg; as well as an exclusive short story from acclaimed writer Shalom Auslander.

Acting editor Martin Bright said: “I am delighted to introduce the latest edition of Index which marks the 100th anniversary of the Chinese Communist Party.”

“This year also marks the 50th anniversary of the magazine and I am proud that we are continuing the founders’ legacy of opposition to totalitarianism.”

“In this Spring edition of Index we are particularly pleased to publish an exclusive essay by the celebrated Chinese writer Ma Jian, who suggests that an alternative tradition of tolerance and freedom is still possible.” 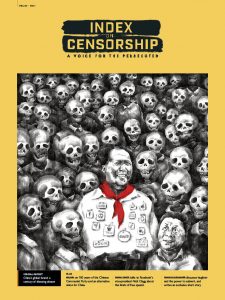 A century of silencing dissent by Martin Bright: We look at 100 years of the Chinese Communist Party and the methods of control that it has adapted to stifle free expression and spread its ideas throughout the world

The Index: Free expression round the world today: the inspiring voices, the people who have been imprisoned and the trends, legislation and technology which are causing concern

Fighting back against the menace of Slapps by Jessica Ní Mhainín: Governments continue to threaten journalists with vexatious law suits to stop critical reporting

Friendless Facebook by Sarah Sands: An interview with Facebook vice-president Nick Clegg about being a British liberal at the heart of the US tech giant

Standing up to a global giant by Steven Donziger: A lawyer who has gone head to head with the oil industry since 1993 at great personal cost tells his story

Fear and loathing in Belarus by Yahuen Merkis and Larysa Shchryakova: The crackdown on journalism has continued with arrests. Read the testimony of two reporters

Killed by the truth by Bilal Ahmad Pandow: Babar Qadri was one of Kashmir’s most strident voices, until he was gunned down in his garden

Cartoon by Ben Jennings: Arguments about the removal of statues cause a stir

The martial art of free speech by Ari Deller and Laura Janner-Klausner: The question of Cancel Culture continues to rage. Is it really a problem? 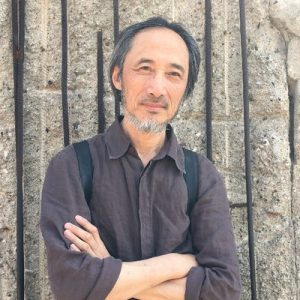 The party is your idol by Tianyu M. Fang: China’s propaganda is adapting to target young people

Past imperfect by Rachael Jolley: Four historians explain how the CCP shaped China and ask if globalisation will be its undoing

Turkey changes its tune by Kaya Genç: Uighur refugees living in Turkey find themselves victims of a change in foreign policy

The human face and the boot by Ma Jian: The acclaimed writer-in-exile reflects on 100 years of the CCP and its legacy of bloodshed

A moral hazard by Sally Gimson: Universities around the world and the CCP’s challenges to academic freedom

A new world order by Natasha Joseph: Journalist Azad Essa found when he wrote about China in Africa, his writing was silenced

A most unlikely ally by Stefan Pozzebon: Paraguay has long been an ally of Taiwan, but it’s paying an economic price

China’s artful dissident by Mark Frary: A profile of our cover artist: the exiled cartoonist Badiucao.

Lies, damned lies and fake news by Nick Anstead: Fake news is rife, rampant and harmful. And we can only counter it by making sure that the truth is heard

Censorship? Hardly by Clive Priddle: Even the most controversial book usually finds a publisher after it has been turned down

A voice for the persecuted by Ruth Smeeth: As Index celebrates its 50 year anniversary, we note why free speech is still important 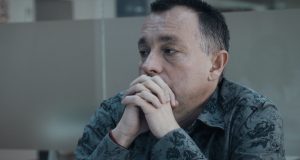 Don’t joke about Jesus by Shalom Auslander: An exclusive short story based on a joke by the acclaimed author of Mother for Dinner

Poet who haunts Ukraine by Steve Komarnyckyj: Vasyl Stus, the writer who remains a Ukrainian hero, 35 years after perishing in a Soviet gulag

The freedom of exile by Khaled Alesmael, Leah Cross: A young refugee Syrian writer on the love between Arab men

War of the airwaves by Ian Burrell: The Chinese government faces difficulties with its propaganda network CGTN