NEWS
Why journalists and dissidents turn to Telegram 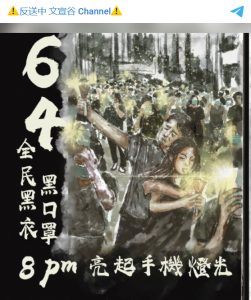 As you scroll through your Telegram feed, one image jumps out.

It shows crowds of young Hong Kongers, all dressed in black, at a protest, holding their smartphones aloft like virtual cigarette lighters from a Telegram channel called HKerschedule.

The image is an invitation for young activists to congregate and march to mark the anniversary of the Tiananmen massacre on 4 June. Wearing black has been a form of protest for many years, which has led to suggestions that the authorities may arrest anyone doing so.

Calls to action like this have migrated from fly posters and other highly visible methods of communication online.

Secure messaging has become vital to organising protests against an oppressive state.

Many protest groups have used the encrypted service Telegram to schedule and plan demonstrations and marches. Countries across the world have attempted to ban it, with limited levels of success. Vladimir Putin’s Russia tried and failed, the regimes of China and Iran have come closest to eradicating its influence in their respective states.

Telegram, and other encrypted messaging services, are crucial for those intending to organise protests in countries where there is a severe crackdown on free speech. Myanmar, Belarus and Hong Kong have all seen people relying on the services.

It also means that news sites who have had their websites blocked, such as in the case of news website Tut.by in Belarus, or broadcaster Mizzima in Myanmar, have a safe and secure platform to broadcast from, should they so choose.

Belarusian freelance journalist Yauhen Merkis, who wrote for the most recent edition of the magazine, said such services were vital for both journalists and regular civilians.

“The importance of Telegram has grown in Belarus especially due to the blocking of the main news websites and problems accessing other social media platforms such as VK, OK and Facebook after August 2020,” he said.

“Telegram is easy to use, allows you to read the main news even in times of internet access restrictions, it’s a good platform to quickly share photos and videos and for regular users too: via Telegram-bots you could send a file to the editors of a particular Telegram channel in a second directly from a protest action, for example.”

The appeal, then, revolves around the safety of its usage, as well as access to well-sourced information from journalists.

In 2020, the Mobilise project set out to “analyse the micro-foundations of out-migration and mass protest”. In Belarus, it found that Telegram was the most trusted news source among the protesters taking part in the early stages of the demonstrations in the country that arose in August 2020, when President Alexander Lukashenko won a fifth term in office amidst an election result that was widely disputed.

But there are questions over its safety. Cooper Quintin, senior security researcher of the Electronic Frontier Foundation (EFF), a non-profit that aims to protect privacy online, said Telegram’s encryption “falls short”.

A Telegram spokesperson said: “Everything sent over Telegram is encrypted including messages sent in groups and posted to channels.”

This is true; however, messages sent using anything other than Secret Chats use so-called client-server/server-client encryption and are stored encrypted in Telegram’s cloud, allowing access to the messages if you lose your device, for example.

The platform says this means that messages can be securely backed up.

“We opted for a third approach by offering two distinct types of chats. Telegram disables default system backups and provides all users with an integrated security-focused backup solution in the form of Cloud Chats. Meanwhile, the separate entity of Secret Chats gives you full control over the data you do not want to be stored. This allows Telegram to be widely adopted in broad circles, not just by activists and dissidents, so that the simple fact of using Telegram does not mark users as targets for heightened surveillance in certain countries,” the company says in its FAQs.

If the app’s level of safety is up for debate, its impact and reach is less so.

Authorities are aware of the reach the app has and the level of influence its users can have. Roman Protasevich, the journalist currently detained in his home state after his flight from Greece to Lithuania was forcibly diverted to Minsk after entering Belarusian airspace, was working for Telegram channel Belamova. He previously co-founded and ran the Telegram channel Nexta Live, pictured. 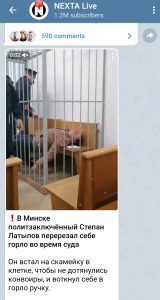 Social media channels other than Telegram are easier to ban; Telegram access does not require a VPN, meaning even if governments choose to shut down internet providers, as the regimes in Myanmar and Belarus have done, access can be granted via mobile data. Mobile data is also targeted, but perhaps a problem easier to get around with alternative SIM cards from neighbouring countries.

People in Myanmar, for instance, have been known to use Thai SIM cards.

China’s National Security Law attempts to censor information on the basis of criminalising any act of secession, subversion, terrorism, and collusion with external forces, the threshold for which is extremely low. It has a particular impact on protesters in Hong Kong. Telegram was therefore an easy target.

In July 2020, Telegram refused to comply with Chinese authorities attempting to gain access to user data. As they told the Hong Kong Free Press at the time: “Telegram does not intend to process any data requests related to its Hong Kong users until an international consensus is reached in relation to the ongoing political changes in the city.”

Telegram continues to resist calls to share information (which other companies have done): it even took the step of removing mobile numbers from its service, for fear of its users being identified.

Anyone who values freedom of expression and the right to protest should resist calls for messaging platforms like Telegram to pull back on encryption or to install back doors for governments. When authoritarian regimes are cracking down on independent media more than ever, platforms like these are often the only way for protests to be heard 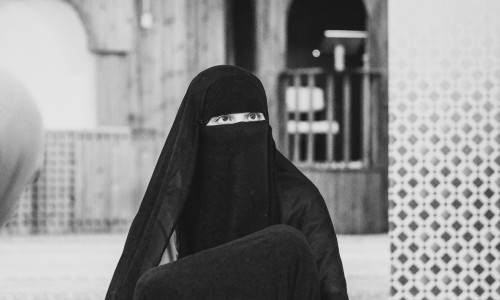 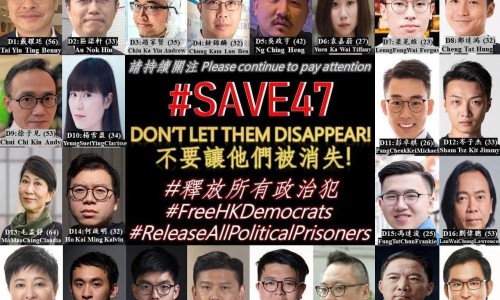 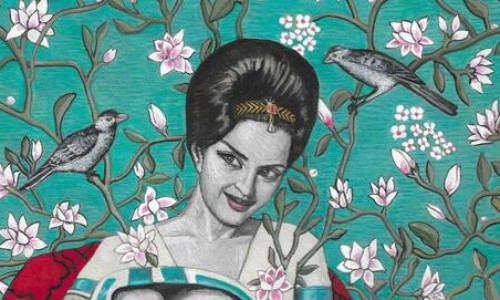