RUTH'S BLOG
In trying to protect us online, legislators risk silencing us 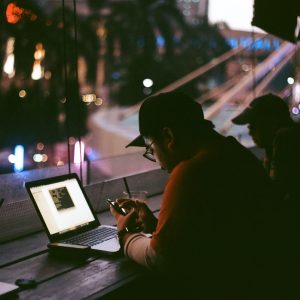 I regularly start my weekly blog with the exclamation “there is just too much news!” Too much horror and heartbreak and this week the assertion is all too true.

Russia has invaded a sovereign country and daily we are seeing evidence of war crimes on the continent of Europe; China is arresting yet more democracy activists on the flimsiest of excuses; there have been bombings targeting schools in Afghanistan; a neo-fascist is, yet again, in the final run-off in the French Presidential elections; there are riots in Sweden against the far-right with dozens hurt; people are starving in Shanghai under Covid-19 restrictions; there is active conflict again in Jerusalem, with over 150 Palestinians hurt in clashes after a series of terror attacks targeting Israelis in recent weeks; another video of a black man being fatally shot by the police has emerged in the US – Patrick Lyoya was killed, while being held on the ground, defenceless, on 14 April and riots have followed in Michigan.

Our team at Index is working on every one of these news stories. We work with people on the ground, and we commission dissidents and writers, in country, to give us a first-hand account. In the twenty-first century we can speak to people in every corner of the globe, as events are happening, because of the internet and the social media platforms which afford us all a level of protection because of end-to-end encryption. We work with people on the ground who would be arrested, tortured, or even killed because they want to share their experiences with the world. They want the world to know what is happening to them and to their communities. They are on the frontline in the perpetual fight for our democratic right to freedom of expression. They are vulnerable because of who they are and what they want to share with us, whether that’s their writings, their opinions or their art.

They are brave and inspirational and determined to stand up for what is right. For as long as they want to tell their stories there is a moral onus for us to listen to them.

Which brings me to the current proposals to regulate our online lives currently being progressed in the European Union and in the United Kingdom. In Europe, today (Friday) the final negotiations on the substance of the Digital Services Act are underway and, in the UK, the Online Safety Bill began its parliamentary journey on Tuesday.  Index is working actively with partners to try and mitigate the worst aspects of both pieces of legislation and we were in Brussels this week to make the case for additional protections for freedom of speech. Our overriding goal is to make sure that our access to those brave dissidents is protected and that our rights to discuss the detail of these horrors are protected. To make sure that while legislators are trying to ‘protect’ us online they don’t end up inadvertently silencing us.

Index advocates for free expression within the protections afforded to us by the European Convention on Human Rights. There is no right not be offended. There is no right not to see things online, or in real life, that will upset you. Of course, we all want to protect each other from seeing the worst aspects of human life – that’s an admirable aspiration but it isn’t the grounds for making new law. In fact, it’s the exact opposite – legally we have protected freedom of expression, it’s a fundamental right. I have written before about our concerns regarding online regulation and in the coming months I’ll be writing extensively on it – but we start with the basic principle – what is legal to say should be legal to type. And that should be the case whatever any new legislation seeks to amend. 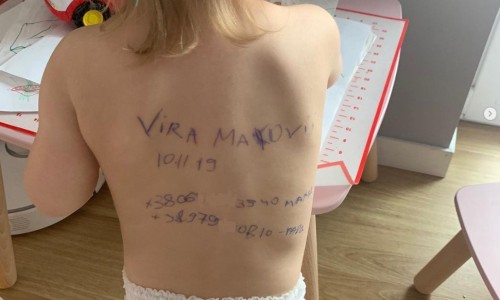