As the BBC celebrates its centenary, our CEO Ruth Smeeth considers why it is so important 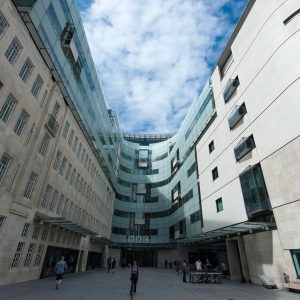 This week I had planned to write about the importance of public service broadcasting. To focus on and celebrate 100 years of the world’s oldest national broadcaster, the BBC. I wanted to talk about my favourite programmes and highlight their successes and importantly their failures – because we should always have an honest appraisal of even those entities which we rely upon. But there is a bigger issue at play – in a world of disinformation and misinformation, where conspiracy feels like it’s becoming the norm we have never needed independent and publicly funded news outlets more.

Call me biased but the BBC is the best in the world and needs to be cherished and protected. Its journalists have been on the frontline of every new story for a century. They have documented every joy and every horror, without fear or favour. Because of them we have historical evidence of war crimes, of the Holocaust, of protests, of the rise and fall of governments in every corner of the world and of course the moments of global jubilation and joy.

I, for one, will always defend the institution of the BBC – it’s central to my daily life and I trust their output. I make no apologies for loving the BBC – but it’s not just the institution – it’s the promise of independent journalism, of being able to hold the powerful to account and of documenting events for posterity.

This week we have seen the value of public service journalism. In Manchester the BBC documented a democracy protester being dragged into the Chinese consulate by CCP officials. He was beaten. His story is now known and the subject of a diplomatic incident because the BBC covered the news. Bob Chen will have justice, or at least be protected because his story was told by independent journalists.

Contrast that with events in Russia. Protest is banned. Independent journalism all but crushed. Dissidents are arrested every day. Challenge is not tolerated. Their leaders never questioned.

I am so lucky to live in a democracy. To be blessed with a free press. To be able to hold my politicians to account.

Public broadcasting is integral to that – so Happy Centenary BBC – we’re lucky to have you.