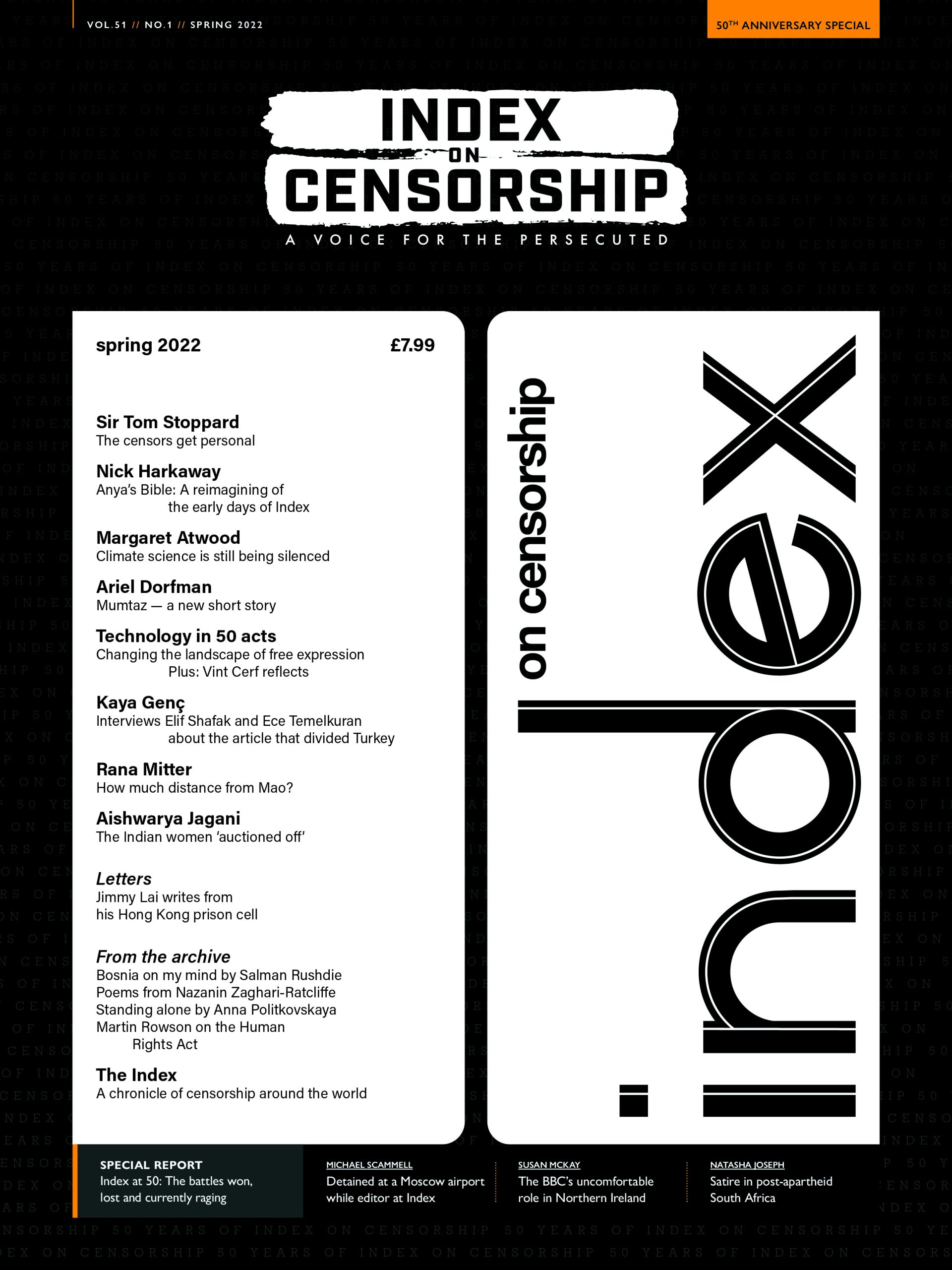 Dissidents, spies and the lies that came in from the cold
Beijing's fearless foe with God on his side
1972: Nixon went to China, BBC banned McCartney and Index was published
ISSUE: VOLUME 51.01 SPRING 2022
Index at 50: The battles won, lost and currently raging

"Our need today is for organs of consciouness that could help us to know and to care about other members of the same intellectual community, much as Christians once were vigilant for other Christians in times of religious persecution."

THUS WROTE THE poet Stephen Spender in the founding manifesto of this magazine. As Spender outlined, Index came into being after Pavel Litvinov, a Soviet physicist and dissident, called on the international community to help those being censored in the USSR. The year of our first publication was 1972. The Cold War was not yet a chapter in a history textbook, nor was apartheid. Spain, Portugal and Greece were still under military dictatorships. Mao Zedong was the leader of China. The challenges were great and our mission was to concern ourselves with all because censorship was not a one-sided issue. “The problem of censorship,” Spender wrote, “is part of larger ones about the use and abuse of freedom.” Since 1972 we have done our best to live up to the ideals of the founding manifesto. We have covered the wars, the revolutions and the protests. We have smuggled writings out of prison and published material banned elsewhere. We have provided a forum for critical debate and waded into the thorniest issues of the day. And we have dealt with the complexity of technology, both a blessing and a curse. Our articles have rippled across the world in myriad ways, influencing statesmen and laymen alike, and providing a refuge for the persecuted. To mark our half-century we have created a birthday issue. It is not a celebration in the conventional sense. By all means, our refuge should no longer exist. But in 2022 the battles remain as large. We need to continue to shout. And we want to celebrate the brave and brilliant people who got us to this place – and do a little back-patting too over our role in documenting abuses and sometimes lessening them. And so to our anniversary special. We have asked editors from the five decades to reflect on their time at Index and we’ve selected pieces from our archive to accompany them. This was no easy task. As Spender wrote, the “material by writers which is censored in Eastern Europe, Greece, South Africa and other countries is among the most exciting that is being written today”. How right he was. We have therefore not tried to choose the best – a mission impossible. Instead we’ve picked articles that capture a moment in time and reflect our rich, varied history. At the same time, we’ve invited journalists around the globe to revisit articles published in our first year and consider them from the vantage point of 2022, such as Susan McKay’s look at the contentious role of the BBC in Northern Ireland then and now. In our culture section, Nick Harkaway reimagines the early days of Index, a fantastically fun accompaniment to Martin Bright’s deep-dive into the real Index origin story. Moving to today, Indian journalist Aishwarya Jagani brings you an alarming tale of women who found themselves on an auction site and we publish letters from prison by the Hong Kong media mogul Jimmy Lai. As for the future, Sir Tom Stoppard considers mob justice and its ramifications. “In being concerned with the situation of those who are deprived of their freedoms one is taking the side of openness,” wrote Spender in the manifesto. Onwards we march. Full Contents 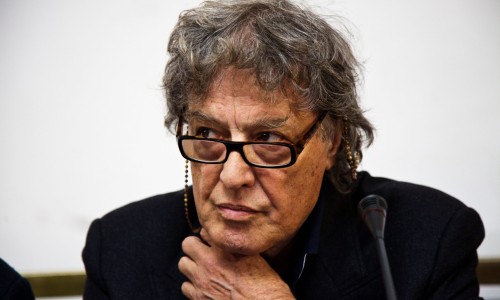 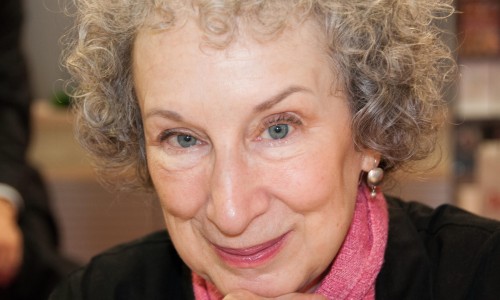 Margaret Atwood is a multi-award winning novelist, essayist, poet and activist from Canada. 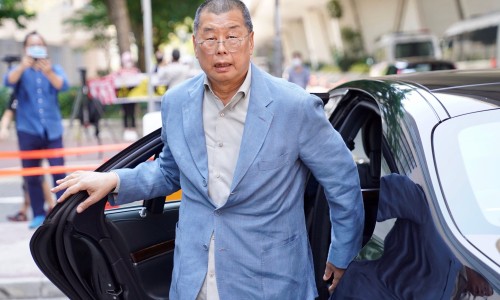 Hong Kong entrepreneur and activist Jimmy Lai is the founder of media company Apple Daily. He was arrested in 2020 on charges of violating Hong Kong’s national security law. 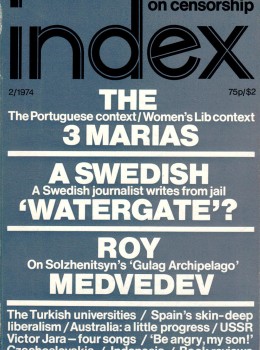 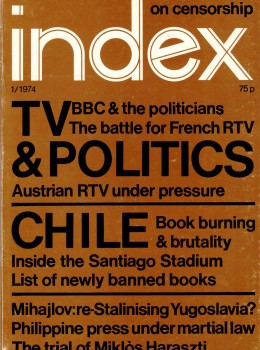 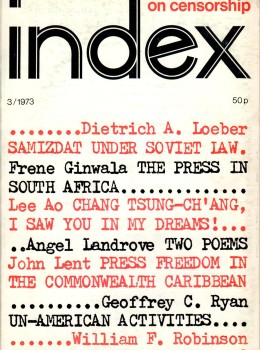 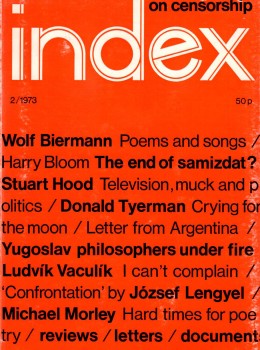 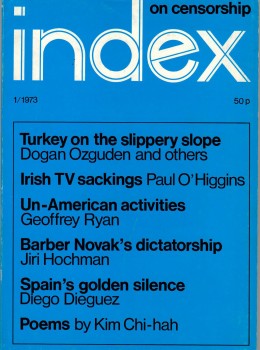 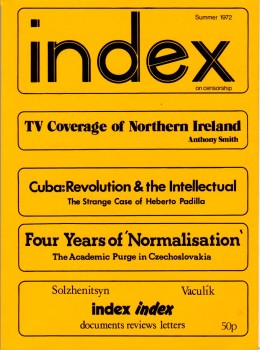 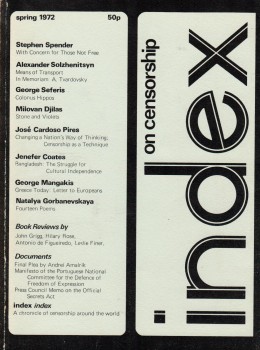