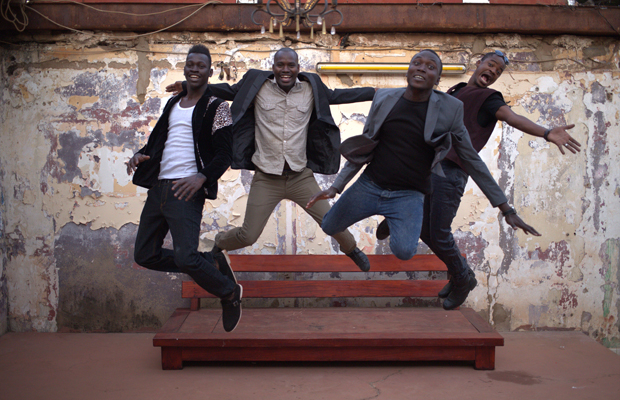 To mark the launch of the Music In Exile Fund, Index on Censorship has compiled a reading list of articles that have appeared in the magazine since 1982 and deal with censorship and music. We are offering these articles — which are normally held behind a paywall — for free.

The fund will contribute towards Index on Censorship’s Freedom of Expression Awards Fellowship, a year-long programme to support those facing censorship.

You can donate to the Music In Exile Fund here.

From the Autumn 2010 issue of Index on Censorship magazine. Subscribe.

Marie Korpe and Ole Reitov have been tracking the music censors and the censored for more than a decade. They reflect on the tactics of modern censorship

When we founded Freemuse ten years ago, our aim was to defend freedom of expression for musicians and composers. Since then, we have documented music censorship in more than 100 countries. At first, we were not aware of the size of the problem, but the longer we have worked in the field, the larger the challenges become. Maybe we are still only seeing the tip of the iceberg. While more journalists have got music censorship on their radar and a number of musicians have benefited from our support, it is still rare to find records of music censorship and violations of musicians’ rights to freedom of expression in reports from Amnesty, Human Rights Watch and other global free expression watchdogs.

From the Spring 2014 issue of Index on Censorship magazine. Subscribe.

Along with misogyny, homophobic lyrics have long blighted some rap and reggae music. Eminem and Buju Banton, among others, have found themselves in the firing line for their incendiary anti-gay hate music, ranging from rap songs containing insults like “faggot” to tracks that overtly glorify and encourage the murder of lesbian, gay, bisexual and transgender people.

Homophobic hate speech is wrong, regardless of whether it is expressed by a bully in the street or by a singer.

From the Autumn 1995 issue of Index on Censorship magazine. Subscribe.

To be young, alive and making music

Valrie Ceccherini writing in 1995 as part of a series focusing on the voices of those silenced by poverty, prejudice and exclusion

“My life has changed totally since the war,” says 20-year-old Ermin. He speaks of “the constant presence of death” with resignation. “I live shoulder to shoulder with death. Every time I go out, a missile could kill or wound me. Lots of my friends are dead. I think of them every day and 1 know 1 could join them at any moment. I’ve learned to live with this fear for three years now; there was no choice. I know it’s changed me. I’m harder, braver – or maybe I’ve just gone mad. Everybody here’s changed: everybody’s gone mad. You can’t help it after three years shut up in this hell.”

Emir is a slight youth of 17. “I used to spend most of my time away
from home, out with my friends. Now I scarcely ever leave home. It’s too dangerous.”

From the Autumn 2010 issue of Index on Censorship magazine. Subscribe.

Will Self on God Save The Queen

In the summer of 1977 I was 15 years old and wore an old tropical linen jacket I’d bought in a charity shop for a quid. It wasn’t so much off-white as ruinous, and it matched the colour of my shoes – winkle-pickers I’d painted myself using some kind of weird leather paint. Naturally I had to lie on my skinny rump to force my El Greco feet through the eight-inch ankles of my drainpipe jeans. Given all this sartorial mayhem it goes without saying that I absolutely concurred with the Sex Pistol’s front man, Johnny Rotten, when he sang, “God save the queen / The fascist regime”. Admittedly the causal connective “it’s” was lost in all the filth and the fury of his delivery, but we knew what he meant.

Actually, I can barely remember the circumstantial pomp that went into the celebration of the Queen’s Silver Jubilee, all I can recall is the Sex Pistols’ treasonable ditty, and the fact that it was banned from being played on the radio. At least I’m certain it was banned from the BBC’s Radio 1.

From the Winter 1998 issue of Index on Censorship magazine. Subscribe.

Mark Ludwig for Index on Censorship on how the Nazis used music as a propaganda tool in the service of its doctrine of racial purity and superiority. Composers and musicians who did not fit the formula found themselves In the camps

In the 1920s, Weimar Germany was home to a rich and diverse mix of artistic and political movements. Composers stretched the boundaries of, and in some cases charted new courses for, classical music. Zeitmusik (music of the time), the 12 tone system and jazz were part of a new and excitingly diverse web of musical movements. As Hitler and the Nazi Party assumed control of Germany, the arts and the political climate were affected. Under the Nazi dictatorship, the arts – particularly music – were used as tools for indoctrinating and controlling the German nation with an ideology of national superiority, suppression and racial hatred.

From the Spring 1993 issue of Index on Censorship magazine. Subscribe.

David Holden for Index on Censorship in 1993 on how anything — well almost — goes on the UK pop scene, but in the USA it’s a different story with Ice-T and the rappers sending shivers down parental spines

Not on MTV America, Paul. According to the pop video channel, The Greatest Living Songwriter — faithful husband, caring parent, concerned citizen — is once again unsuitable for the youth of the USA.

From the Winter 1983 issue of Index on Censorship magazine. Subscribe.

Vratislav Brabenec and Ivan Jirous tell the story of The Plastic People, a rock band which was seen as a threat by the Czech authorities during the Cold War

“Why should music be censorable?” asks Yehudi Menuhin on another page. Elsewhere in this issue the reader will see that in some parts of the world even certain musical instruments can be declared taboo by this or that military dictatorship. In Czechoslovakia since the early seventies it has been chiefly rock music that arouses the ire of the authorities – and those who insist on playing it find themselves not just banned but imprisoned.

Ah, but of course, one might say: if you set out to be a protest singer in a society ruled by a one-party dictatorship, what do you expect? The trouble with that line of argument is that The Plastic People of the Universe and the other rock groups with similarly strange names were not protest singers at all.

From the Summer 2001 issue of Index on Censorship magazine. Subscribe.

Music to hate with

Aided by the Internet, racist music has made inroads on European youth culture, says Heléne Löow

It was in the first half of the 1990s that White Noise music became the symbol of the growing racist subculture around Europe. Between 1990 and 1995, the music industry, then in a period of rapid expansion, gradually replaced the badly copied tapes, records that were hard to come by and roughly photocopied magazines with professionally produced CDs. The number of CDs on the market grew steadily; production became increasingly professional with Swedish White Noise record labels among the world’s most active producers.

By 1996, the first phase was over; for the next two years, production maintained its levels but there was no significant increase. By 1999, however, it was once more on the rise, along with white-power magazines, and other propaganda material.

From the Summer 1982 issue of Index on Censorship magazine. Subscribe.

I was first invited to this conference to participate, together with the Uruguayan writer Eduardo Galeano, in an event in which song and literature would work together, bringing together a man like Galeano, who writes with a pen, with someone like me, who, if you would allow me, writes with a guitar. Later on, the organisers phoned me to ask if I would add some thoughts about exile. I agreed to that, since I have been living in that situation now for eight years and one month. Given the nature of this occasion, I have attended some meetings handicapped by the fact that I do not speak English. For this kind of contribution, I need my mother tongue, Spanish. Today I have the advantage of a translation so I am going to throw out some ideas about the exile in which hundreds of thousands of Uruguayans have been living for eight, nine or even 10 years.

From the Summer 1991 issue of Index on Censorship magazine. Subscribe.

Chile: Cleansing the past

Nick Caistor on the Report of the Commission for Truth and Reconciliation, which revealed for the first time the details of how Chilean musician Victor Jara died

Victor Jara was one of the best-known singers and theatre directors during Salvador Allende’s Popular Unity government in Chile. From 1970 to 1973, Jara sang for the people and put on shows in shanty towns and factories, determined that popular culture should be at the heart of the government’s efforts to take Chile along its ‘path to Socialism’.

Shortly after the military coup led by General Augusto Pinochet on 11 September 1973, Victor Jara was taken prisoner. With hundreds of other suspects, he was held in the Chile stadium in the capital, Santiago. He was last seen alive as he was being transferred from there to the National Stadium on 15 September 1973.