NEWS
Editorial: Talk does not cost lives, silence does
14 Dec 2015
BY RACHAEL JOLLEY 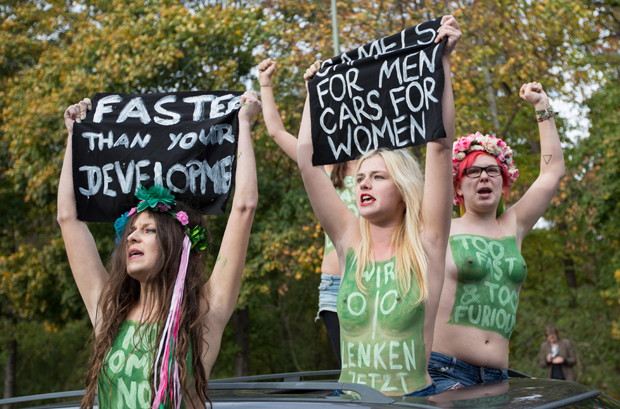 Societies often endanger lives by creating taboos, rather than letting citizens openly discuss stigmas and beliefs. Index on Censorship magazine editor Rachael Jolley introduces our taboo-themed issue, which looks at no-go subjects worldwide, from abortion and  mental health to the Holocaust and homosexuality

Teenager Rahenaz Sayed was told by her family not to sit on a bed, not to touch her hair oil and not to pray during her period.

Sayed, now 20, has started to go into schools in Mumbra, near Mumbai, along with two other young women, to discuss the taboos around menstruation, according to India’s Hindustan Times.

Traditionally, girls here didn’t talk to their mothers about getting their periods, or pain that they might be experiencing. This was something you were not expected to discuss, better, in fact, to pretend that it just wasn’t happening.

These restrictions were not open to challenge, until now. “We thought, ‘Why not talk of an issue which women don’t speak about and suffer silently?’ We suffered due to silences surrounding menstruation and didn’t want others to go through the same,” Mubhashirin Naik, one of the women starting to go into schools to talk about these long-held practices, told the newspaper.

They had been told that these “rules” came from the scriptures, but when they read those same passages themselves they found that while they spoke about women resting during menstruation nothing was written about banning them from prayer.

Taboos, subjects that are off limits to argument, are different in every country around the world. But this story shows why the act of not allowing a group of people to discuss a tradition or convention can injure society. Why should girls be treated like outcasts once a month and banned from doing the most normal things in life? The answer is because somehow this has become accepted and challenges frowned upon.

Once these three young women began to see that the structures they were being told to follow were nonsensical (they were not able to ask for painkillers, for instance), they had the strength to stand up against them. And by doing so, they will have begun to change the dynamic. No doubt, other women will also be encouraged to question the “rules”. And that’s how societies adapt over time, by questioning power.

In El Salvador, where abortion is illegal under any circumstance, even where the pregnant woman could die, the way that the law is enforced means that women who suffer a miscarriage can wake up with a police officer standing next to them.

The abortion law is so draconian that women who lose their baby through illness can find themselves charged with man- slaughter. Under the ferocity of this law, many women are too frightened to talk to anyone about any concerns they might have about pregnancy, let alone discuss abortion (more on this in the latest issue). In 2008 a 25-year-old woman, Guadalope Vásquez, was sentenced under the abortion law to a 30-year sentence after suffering a miscarriage. Under these conditions, women are often too frightened to discuss anything about health complications during their pregnancy with a doctor, or anyone else. Lives will be put at risk.

Throughout history, taboos have been established to limit and control society, and help to retain a status quo. “Best not mention it” is the nodded instruction to put something off limits in the family living room. In the 20th century, in the UK, societal disapproval would be rained down on those who ate something other than fish on Fridays, or children who played outside on a Sunday, or an adult who didn’t wear a hat to church. And in the US today the Westboro Baptist Church tells its female followers that it is forbidden for them to cut their hair. But why? Who decided these were the rules, and how do they change?

Sometimes it takes a generational shift, such as we have seen in Ireland, with the 62% vote to change the law to allow same-sex marriage. There’s a tipping point when a body of resistance builds up to such a point that the dam breaks and the public suddenly demands another way is found, and an older way is discarded.

But societal disapproval can be fierce and individuals who deviate from “the normal” can also find themselves isolated and alone, as Palestinian academic Mohammed Dajani Daoudi discovered when he took a group of his students to Auschwitz to learn about the Holocaust (read his story in the magazine). Dajani felt it was important for his university students to learn about this period of history. He saw his duty as one of teaching about,

not ignoring, a particular piece of history. Others saw it as the action of a traitor, accusing him of ignoring the suffering of Palestinians. He knew he was tackling a taboo subject, but hadn’t expected the reaction to the visit to be so violent. Afterwards he received death threats, and has now moved his family to Washington DC, partly for safety reasons.

Societies often endanger lives by creating taboos, rather than letting citizens openly discuss stigmas and beliefs. Remember the days when people would fear being judged for admitting they had cancer and would not mention it in public? Alastair Campbell does, and draws parallels to attitudes to mental illness today. Such beliefs can lead to people failing to talk to doctors about symptoms because of embarrassment, and potentially leaving diagnosis too late. These societal barriers are often out-of-date, sometimes stemming from archaic religious beliefs, or from traditions that have been left unchallenged. But still today an action that conflicts with expected behaviour can result in damage to an individual. The Encyclopedia Britannica states: “Generally, the prohibition that is inherent in a taboo includes the idea that its breach or defiance will be followed by some kind of trouble to the offender, such as lack of success in hunting or fishing, sickness, miscarriage, or death.” Living in fear of breaching such a “rule” can leave people afraid to dispute or argue for a sensible alternative.

To challenge a famous phrase from a WWI poster, talk doesn’t cost lives, but not talking certainly can.

Each magazine sale helps Index on Censorship fight for free expression worldwide. Order your copy here, or take out a digital subscription via Exact Editions (just £18 for the year).

2 responses to “Editorial: Talk does not cost lives, silence does”