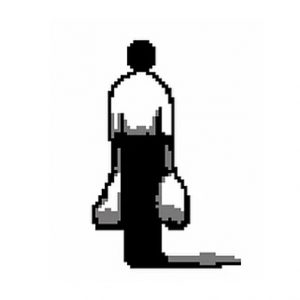 32 years ago, on 4 June 1989, the world bore witness to the realities of a totalitarian regime as the Chinese Communist Party deployed the People’s Liberation Army against unarmed protestors in Tiananmen Square. We still don’t know exactly how many people were brutally murdered although best estimates are in the thousands; the crackdown that followed across China shaped the country as we know it today and continues to resonate throughout the world.

‘Tank Man’, the image that is now synonymous with the events of Tiananmen Square, which shows an unarmed man seeking to block the movement of a tank by simply standing in front of it is both awful and awe-inspiring; it affected many of us in the decades that have followed, including me.

The Tiananmen Massacre shaped both my politics and my personal values. When you are lucky enough to be born and raised in a democracy the images from Beijing, from both the protests and the aftermath, were truly beyond comprehension. I was not yet 10 years old on the day of the massacre but I can remember the image of the man and a tank vividly.

It will surprise no one to learn that I grew up in a very political household and my extraordinary mum sat me down to explain what was happening thousands of miles away and why it was so important – but all I can really remember was fear for the man who was standing in front of a tank and an overwhelming sense of his bravery.

My home was one that celebrated collective action, a home that embraced the concept of solidarity and was internationalist – the image of the Tank Man was as crucial to my understanding of the world around me as the Miners’ Strike and the Poll Tax Riots. And without realising it, it was the events of Tiananmen Square on that fateful day which cemented my commitment to equality and justice – it also for the first time made me aware of the importance of a free press and free expression and of how the actions of one person on behalf of others can change the world.

These principles of anti-censorship, of solidarity, of equality and of justice are not only my values, but they are also the values of Index on Censorship and were those of our founders. As we reflect today on the events of 1989, we will remember not only the people who were killed for demanding a level of democracy in those fateful protests, but the people of Hong Kong who for the first time will be prevented from marking the anniversary because of the National Security Law imposed by the Chinese Communist Party. We stand with them today as we stood with the protestors in Tiananmen Square.