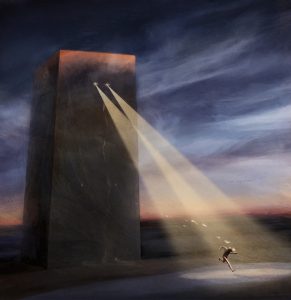 Index’s new issue of the magazine looks at the importance of whistleblowers in upholding our democracies.

Featured are stories such as the case of Reality Winner, written by her sister Brittany. Despite being released from prison, the former intelligence analyst is still unable to speak out after she revealed documents that showed attempted Russian interference in US elections.

Playwright Tom Stoppard speaks to Sarah Sands about his life and new play title ‘Leopoldstatd’ and, 50 years on from the Pentagon Papers, the “original whistleblower” Daniel Ellsberg speaks to Index . 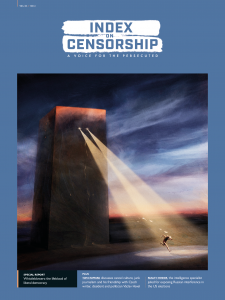 Holding the rich and powerful to account by Martin Bright: We look at key whistleblower cases around the world and why they matter for free speech

The Index: Free expression round the world today: the inspiring voices, the people who have been imprisoned and the trends, legislation and technology which are causing concern

Why journalists need emergency safe havens by Rachael Jolley: Legal experts including Amal Clooney have called for a new type of visa to protect journalists

Spinning bomb by Nerma Jelacic: Disinformation and the assault on truth in Syria learned its lessons from the war in Bosnia

Always looking over our shoulders by Henry McDonald: Across the sectarian divide in Northern Ireland again, journalists are facing increasing threats

Crossing red lines by Fréderike Geerdink: The power struggle between the PUK and KDP is bad news for press freedom in Kurdistan

Cartoon by Ben Jennings: The reptaphile elite are taking over! So say the conspiracy theorists, anyway

People first but not the media by Issa Sikiti da Silva: There was hope for press freedom when Felix Tshisekedi took power in DR Congo, but that is now dwindling

Controlling the Covid message by Danish Raza and Somak Ghoshal: Covid-19 has crippled the Indian health service, but the government is more concerned with avoiding criticism 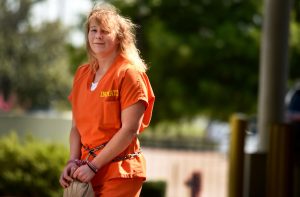 Speaking for my silenced sister by Brittany Winner: Meet Reality Winner, the whistleblower still unable to speak out despite being released from prison

Feeding the machine by Mark Frary: Alexei Navalny has been on hunger strike in a penal colony outside Moscow, since his sentencing. Index publishes his writings from prison

An ancient virtue by Ian Foxley: A whistleblower explains the ancient Greek idea of parrhesia that is at the core of the whistleblower principle

Truthteller by Kaya Genç: Journalist Faruk Bildirici tells Index how one of Turkey’s most respected newspapers became an ally of Islamists

The price of revealing oil’s dirty secrets: Whistleblower Jonathan Taylor has been hounded since revealing serious cases of bribery within the oil industry

The original whistleblower: 50 years on from the Pentagon Papers, whistleblower Daniel Ellsberg speaks to Index

What is a woman? by Kathleen Stock and This is hate, not debate by Phoenix Andrews: Two experts debate the case of Maya Forstater, in which Index legally intervened, and if the matter is a case of hate speech

Battle cries by Abbad Yahya: The lost voice of the Israeli-Palestinian conflict

A nightmare you can’t wake up from by Nandar: A feminist activist forced to flee her home country after the military coup in February

Trolled by the president by Michela Wrong: Rwanda’s leader Paul Kagame is known for attacking journalists. What is it like to incur his wrath?

When the boot is on the other foot by Ruth Smeeth: People must fight not only for their own rights, but for the free speech of the people they do not agree with 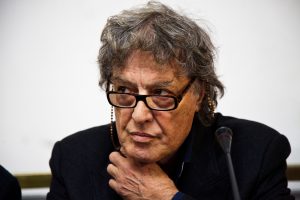 Uncancelled by Sarah Sands: An interview with the playwright Sir Tom Stoppard on his new play, Leopoldstadt, and the inspiration behind it

No light at the end of the tunnel by Benjamin Lynch: Yemeni writer Bushra al-Maqtari provides us with an exclusive extract of her award-winning novel, Behind the Sun

Dead poets’ society by Mark Frary: The military in Myanmar is targeting dissenting voices. Poets were among the first to be killed

Politics or passion? by Mark Glanville: Contemporary poet Stanley Moss on his long-standing love for China