As British MPs are warned over a Chinese national seeking influence in the UK parliament, Index continues to shine a light on the CCP's activities globally 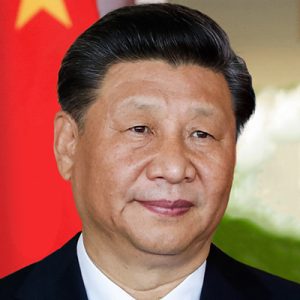 Last year Index launched a new workstream – Banned by Beijing.  This project was a significant step for Index as it seeks to explore not the actions of a repressive regime against its own citizenry but rather how they are seeking to exert influence abroad which is undermining our collective right to free expression.

The need for this step came in light of increasing anecdotes and news stories about how the Chinese Communist Party (CCP) was seeking to leverage its soft power outside Chinese borders and the introduction of the National Security Law in Hong Kong and its impact across the world. We have therefore begun this project to document the reality.

This is not designed to be an anti-Chinese piece of work, but rather anti-authoritarian.  Many of our team are Sinophiles and we are all anti-racist.  But there is a difference between the people of China and the actions of their government.

As we have seen in the news this week in the UK, where a British Parliamentarian has reportedly accepted over £400,000 in donations from someone MI5 consider to be a Chinese asset, there seem to be few limitations on how the CCP seeks to exert influence.

It has become increasingly clear that the CCP has a clear strategy to use every resource at its disposal, beyond even its economic might, to shape a narrative about its aspirations and goals. An attempt to both promote a One China approach and to re-write its history and current actions on human rights and persecution – especially with regards to non-Han Chinese and specifically treatment of the Uighurs.

At the end of last year Index released its first report under the Banned by Beijing banner – exploring the way the Confucius Institutes across Europe are being used to drive a pro-CCP line on campus.

And as we head into February, when China hosts the Winter Olympics, Index will launch its second report – this time exploring how the CCP are seeking to systematically intimidate Uighurs living in Europe and attempting to dismiss and undermine reports of what is happening in Xinjiang province.

Every country has the right to advocate around the world, but that isn’t what the CCP are doing.  They are seeking to leverage their economic might and political power to restrict the rights of people who live outside their borders.  They are seeking to restrict our rights to free expression if they don’t align with the CCP preferred narrative.  Which is why Index will keep analysing and will shine a light on their actions.