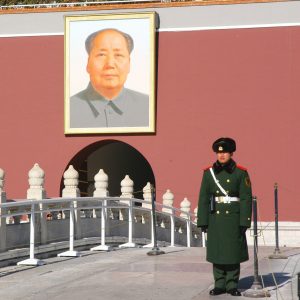 They have repeatedly attacked core democratic principles both at home and abroad, undermining fair political participation. They’ve arrested democracy activists, changed the law to restrict electoral access to the Hong Kong Legislative Council to sanctioned ‘patriots’ otherwise known as the allies and friends of the Government of China.

The ruling Chinese Communist Party (CCP) has also sanctioned British parliamentarians and activists for daring to speak out about the acts of genocide, happening as I type, in Xinjiang province against the Uighur community. The CCP chose not to target members of the British Government nor key businesses with sanctions.

Instead, it sent a political message and targeted backbench Conservative MPs, two think-tanks and an academic, those who had been most vocal in exposing the actions of the CCP in both Xinjiang and Inner Mongolia. This was a move intended to silence criticism not impose economic sanction, a clumsy and ineffectual effort to restrict free speech outside China’s borders.

This week, these aggressive actions by the CCP culminated with yet another attack on media freedom when the BBC’s lead China correspondent, John Sudworth, was forced to relocate with his family from Beijing to Taiwan after a campaign of state-sanctioned threats and intimidation. Sudworth and his wife, a fellow journalist for the Irish RTE, Yvonne Murray, were faced with no other option than to leave after months of personal attacks in Chinese state media and by Chinese government officials. They will both continue to report on events in China from Taiwan.

The harassment of international journalists in China (and now in Hong Kong) is becoming normalised, with dozens of journalists having to leave in recent months; threats of visas being withheld are now commonplace. This is simply unacceptable.

China seeks to be a loud voice on the global stage – they need to live up to their commitments under the Universal Declaration of Human Rights. They need to remember they are signatories to Article 19 and that media freedom and free expression are protected rights.

Index stands in solidarity with John and Yvonne.