The Chinese Communist Party's subversion of freedom of expression in Europe

With China becoming an increasingly dominant world power, there is growing evidence that an emboldened Chinese Communist Party (CCP) is employing a range of tools aimed at pressuring or manipulating foreign entities to respect – or even align with – the CCP’s political agenda.

Examples include the sanctions imposed on a British academic for decrying the human rights abuses in China’s Xinjiang Uyghur region, the demands made of a French history museum to remove certain words from their exhibition about Mongol emperor Genghis Khan, and the threats sent to a think-tank director in response to his report exposing Slovak universities’ links to Chinese institutions.

Banned by Beijing seeks to raise awareness of the CCP’s subversion of freedom of expression in Europe by creating a repository of reports, articles and other resources that will enable us to understand the extent to which we need to protect our fundamental rights and our democracies from Chinese interference.

New report: Whom to Serve? How the CCP censors art in Europe

Since its inception, the Chinese Communist Party (CCP) has sought to exert influence over every component of Chinese society, including the world of art. Art is perceived by the CCP as a tool to legitimise its systems of government, not as an expression of human creativity. This project has taken on global relevance as the CCP has sought to utilise art and culture to counter international criticism on a range of topics including the state’s treatment of Uyghurs and Hong Kong’s independence, and assuage concerns about its growing influence in the world economy and international institutions.

The CCP sees itself as the single arbiter of Chinese culture. By the CCP’s definition, being “Chinese” encapsulates not only Chinese nationals but the entire global diaspora. As a result, even artists living in Europe but originally from mainland China, Tibet, Xinjiang, Hong Kong, Taiwan, and elsewhere can be subject to attempts at censorship if their art does not toe the party line. The tactics used to achieve this goal are diverse: from physical violence and the leveraging of financial ties over European galleries to the threatening of family members. Fear of repercussions for themselves or their families is enough to silence many artists even if they now live in Europe.

To investigate the current state of artistic freedom in Europe, and whether and how the CCP attempts to undermine it, Index on Censorship has submitted over 35 Freedom of Information requests and has conducted interviews with more than 40 artists, curators, academics and experts from 10 European countries. The report demonstrates how art can be used by states to extend the reach of censorship into cities across Europe, while also offering a powerful way for artists to challenge state power.

New report: China's long arm: How Uyghurs are being silenced in Europe

Since 2010 the CCP has intensified its use of forced assimilation methods against the Uyghurs in Xinjiang. This includes oppressive policies such as the arbitrary detention of one million Uyghurs in mass internment camps, torture, sexual assault, sterilisation, and forced labour.

But the Chinese government’s repression extends well beyond its borders, and into Europe. It is difficult to ascertain exactly how many Uyghurs are living in Europe, but the World Uyghur Congress estimates that there are approximately 12,500. Most of the incidents of threats and intimidation that occur in Europe happen in countries where Uyghurs are most populous, primarily north-western Europe. Most live in the Netherlands and Sweden, but there are also sizable communities in Belgium, Germany, and the UK.

This new report examines to what extent is the Chinese government using its technological and economic leverage, combined with cultural and diplomatic networks, to intimidate, silence, and discredit Uyghurs in Europe. Index on Censorship has spoken to members of Europe’s Uyghur community in an effort to ascertain the scope and scale of the interference in Uyghurs’ right to freedom of expression.

Report: The rise of Confucius Institutes

Confucius Institutes were established in 2004 with the stated mission of teaching Chinese language and culture abroad and are widely acknowledged as one of the ways China exerts its influence around the world.

By operating primarily on campuses, Confucius Institutes are unlike other countries’ cultural organisations which, according to some, enables the Chinese authorities to gain a foot-hold for the exercise of control over the study of China and the Chinese language.

This offers the Institutes the possibility to unilaterally promote Chinese policy and ideas in a one-sided way, to commit censorship, or to stimulate self-censorship about China among students, pupils and the wider public.

Every time a European university pressures an academic to temper their criticism of the Chinese Communist Party (CCP), every time a filmmaker opts to amend their film to avoid offending the Chinese authorities, and every time a Chinese citizen living in Europe self-censors in an effort to protect themselves or their families in China, the CCP is effectively censoring Europe.

This virtual event with speakers Mareike Ohlberg, Tom Tugendhat MP, Edward Lucas and Trevor Phillips explored the extent to which the CCP is exploiting its growing influence in order to erode freedom of expression in Europe, and will look at what needs to be done to protect our fundamental rights and our democracy.

"Imagine the conversation between Bolsonaro and Erdogan"Protests during mourning for Queen Elizabeth have been distasteful but not illegal. How sh...16 Sep 2022 RUTH'S BLOG 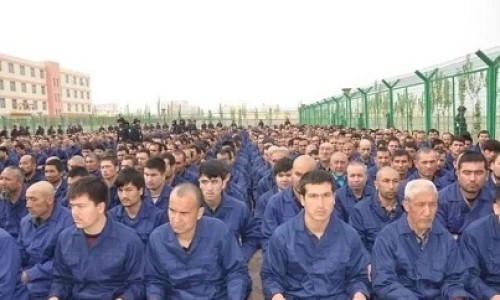 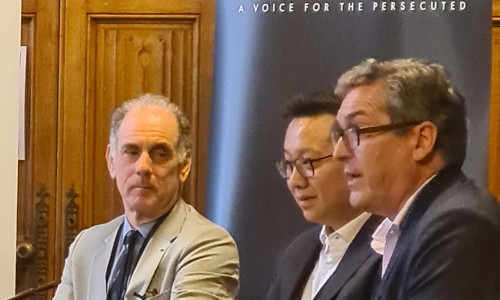 You can't "put the genie back in the bottle"A panel of activists, journalists and writers from Hong Kong reflect on the rights landsca...01 Jul 2022 NEWS 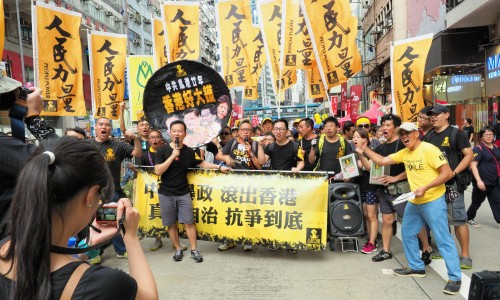 Beijing is rewriting Hong Kong’s handover history. We must not allow it21 Jun 2022 NEWS

Raised voices: why we must continue to listenThe news coming in from Belarus, Brazil, Hong Kong and Russia is devastating, writes our C...10 Jun 2022 RUTH'S BLOG