Since the Index on Censorship Awards, the 2017 fellows have been busy doing important work in their respective fields to further their cause and for stronger freedom of expression around the world. 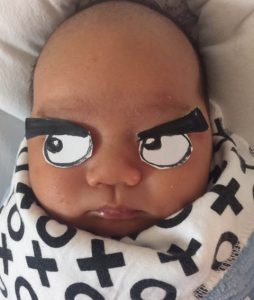 Rebel Pepper, the Chinese cartoonist critical of the country’s government, now lives in exile in the USA where he works for Radio Free Asia. “Everything is going well, and I have a lot of friendly colleagues who like my work,” he told Index on Censorship.

He also continues to write his column in the Japanese version of Newsweek and worries about many recent developments in his home country. “The CCP’s control of society is becoming more and more severe, people are exposed to less and less real news from the outside world, and vice versa,” he says. “It’s hard to sum up because there are so many problems right now.”

The artist is still getting cartoons published and says the Index on Censorship award gave him the energy to “keep walking on the creative road”.

There is a new addition to the Rebel Pepper family, with baby Kitano. “Every day I have to change a lot of diapers, which has had a big influence on my sleeping patterns, so I have to find some fun from him,” Rebel Pepper tells Index, brandishing a cartoon to illustrate his point. 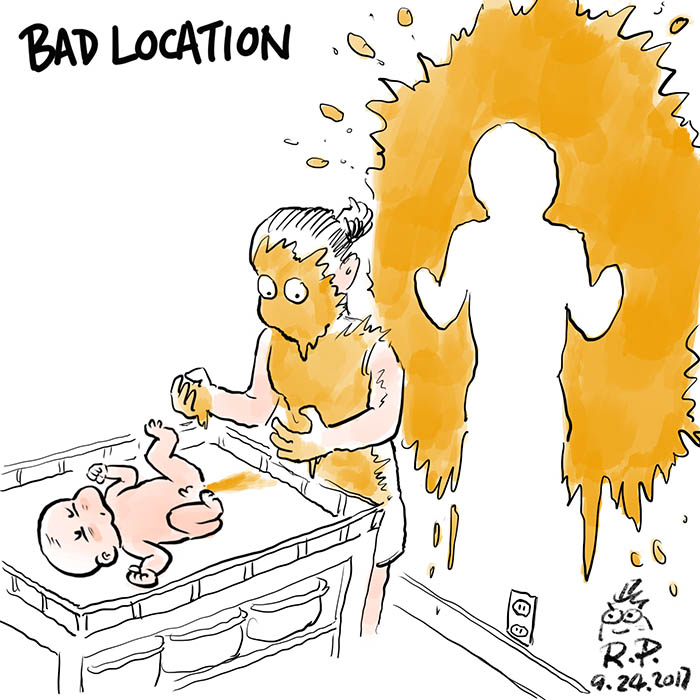 Campaigning fellow Ildar Dadin has returned to activism since his release from prison in February. “Along with friends or on single pickets, we are openly showing that we aren’t in agreement with what’s happening in the country,” Dadin tells Index.

Last month he was detained in St Petersburg while trying to film a woman being assaulted by police. “The situation in this country now is really bad,” Dadin says. “There’s a new kind of police force which can attack and humiliate people, which is very serious.” 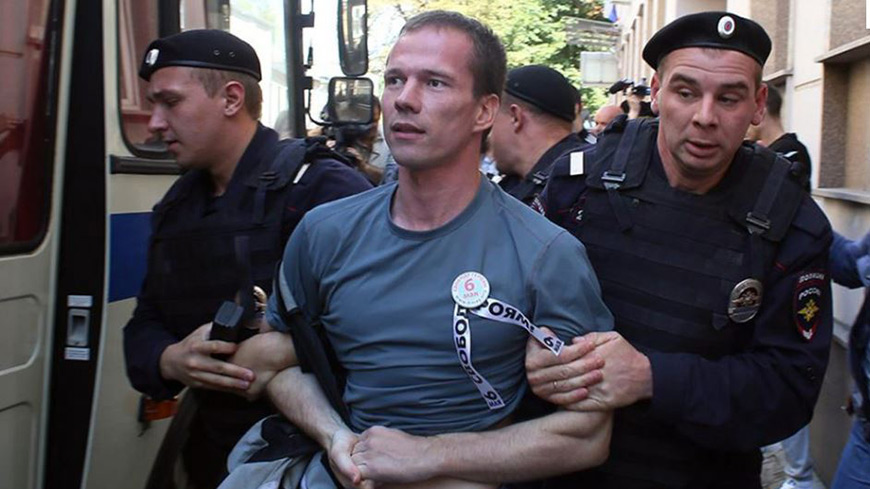 He describes the arrests of more than 260 people during anti-Putin protests across Russia — including St Petersburg — in October as “pretty much normal for any activist in the country”.

Dadin believes that pressure from civil society both in Russia and abroad were partially responsible for his release. He hopes for “justice for all people, not just Russians”.

Moving forward, Index is helping Dadin with his transition to life outside of prison and prioritising his health and also helping him to gain additional international exposure.

“We are now going to be the NetBlocks project and expand our work,” director of research at Turkey Blocks Isik Mater tells Index. The team are taking steps to formalise some of their tools and methodologies, expand into new regions that have similar needs and now cover several countries experimentally.

The Turkey Blocks team have also developed a new tool called Cost, which calculates the financial impact of mass-censorship. “Governments don’t tend to care about the human rights argument, so they don’t listen to it,” says Alp Toker, founder of Turkey Blocks. “But if you tell them ‘this will cost x million dollars of harm to GDP’ then they perk up because that can become a political issue, which is a very powerful method of convincing governments not to censor content.”

Turkey, however, has been quite quiet recently in terms of internet shutdowns, after a barrage of such incidents in the year following the attempted coup in July 2016. In fact, the Turkish government have been using Turkey Blocks data on internet shutdowns as a kind of audit, Toker explains. “We ran our first panel with the Turkish government just a few weeks ago, which is kind of historic,” he says. “We are seeing really positive things, and although they have a long way to go it should be noted that they’ve been willing to have a dialogue with civil society and with a human rights group.”

Index on Censorship is helping Turkey Blocks through the process of forming a board and incorporating public speaking training skills for Mater so that she too can begin to make more public appearances. 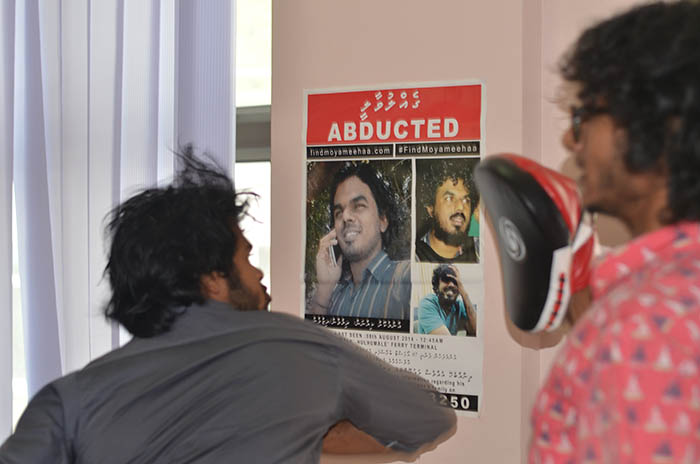 Staff at the Maldives Independent taking part in self-defence training.

Journalism fellows at Maldives Independent are going through a period of change. Former editor Zaheena Rasheed left the publication soon after awards week in London to take up a position on the online team at Al Jazeera, where she has recently been doing a lot of work covering the Rohingya refugee crisis from Bangladesh.

For personal reasons, Rasheed finds it difficult to be involved with the Maldives on top of this. “A friend of ours in the Maldives, Yameen Rasheed, was murdered at the end of the Index awards week in London and that was a big blow — it was very hard for me.”

Yameen Rasheed was a prominent blogger and internet activist who died from multiple stab wounds after an attack in the stairway of his apartment building in Malé on Sunday 23 April 2017. Index on Censorship has been involved in helping the Maldives Independent better secure their personal and office safety since Yameen Rasheed’s murder, including a recent self-defence training session.

A new editor took over at the Maldives Independent in mid-September and since then the publication has seen a noticeable spike in readership, and reporters are encouraged to get out and meet people, build relationships and contacts.

“It’s fairly calm at the moment — there have been no coups, for example — so I see this period as a time to hone the team’s reporting and feature writing skills,” a staff member tells Index. “We’re doing a broad mix of news and features: politics, tourism, mental health, rave culture, the hipster coffee scene, rural development, sex abuse cover-ups.”

Staff at the Maldives Independent hope that the publication continues to be a forum for debate and free speech, that it holds power to account, exposes wrongdoing and corruption and most of all give insight into a country that many people have only one image of. 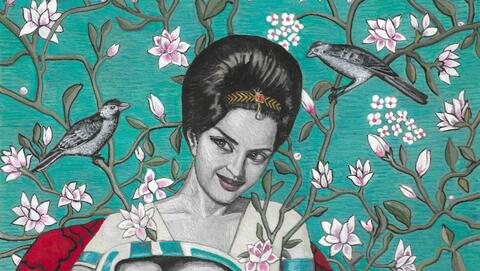 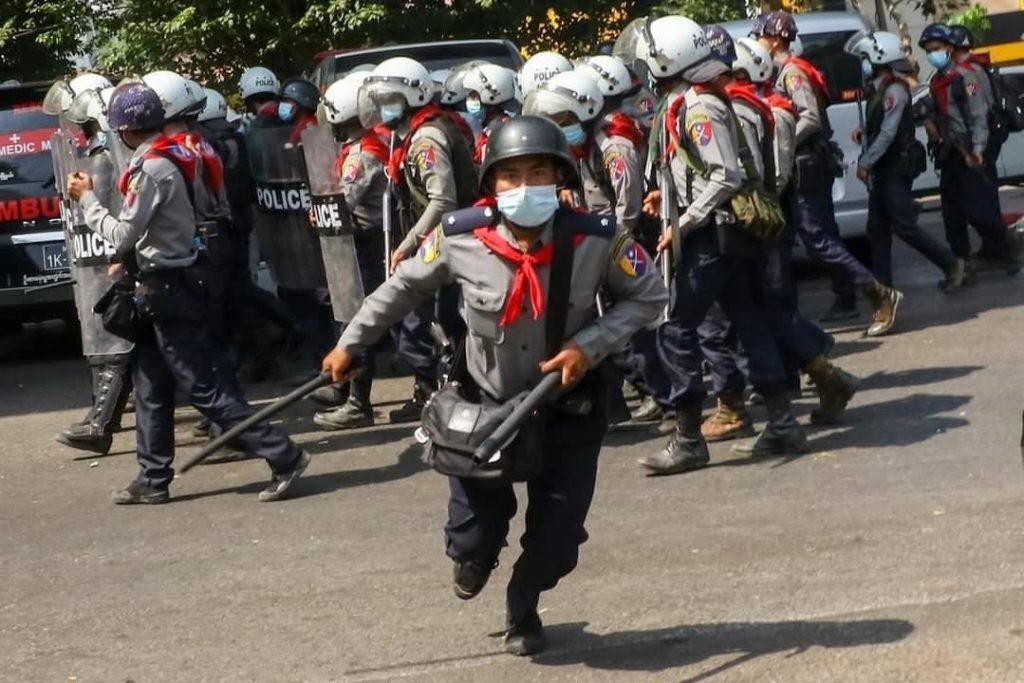 On the second anniversary of the coup, democracy in the country is slipping further away. A Burmese-led organisation and an exiled journalist describe the landscape 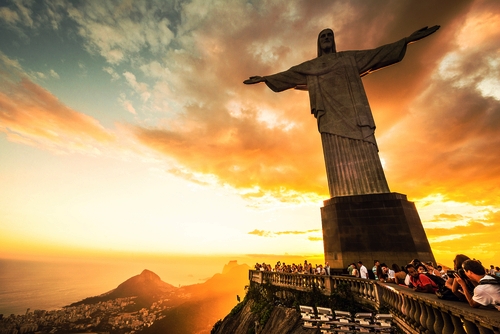 Brazil is falling into an abyss

Attacks on free expression in the country are the worst since the dictatorship ended in 1985, writes a journalist from Brazil 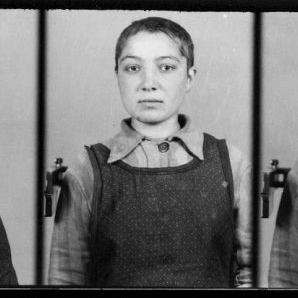